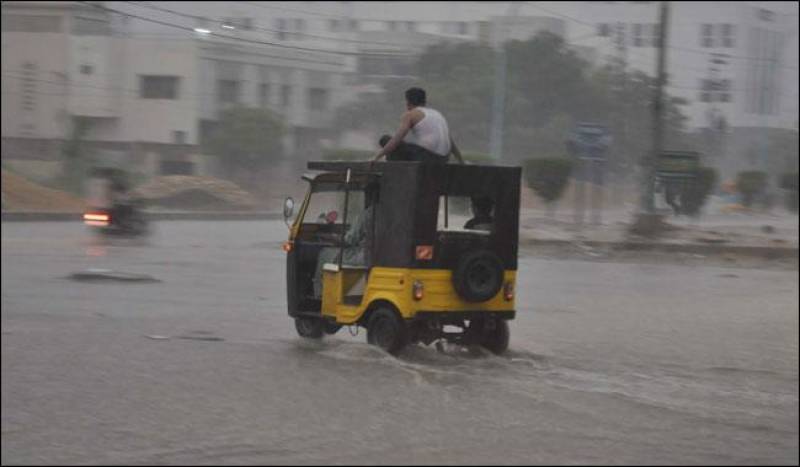 ISLAMABAD - The second spell of ongoing monsoon rainfall is likely to prevail in the plains of the country from Saturday to Tuesday.

Rain-thunderstorm and isolated heavy rainfall with gusty winds are expected at a number of places in Islamabad, Rawalpindi, Gujranwala, Lahore, Sargodha, Faisalabad divisions, Hazara, Mirpurkhas, Hyderabad divisions and Kashmir during the next twelve hours.