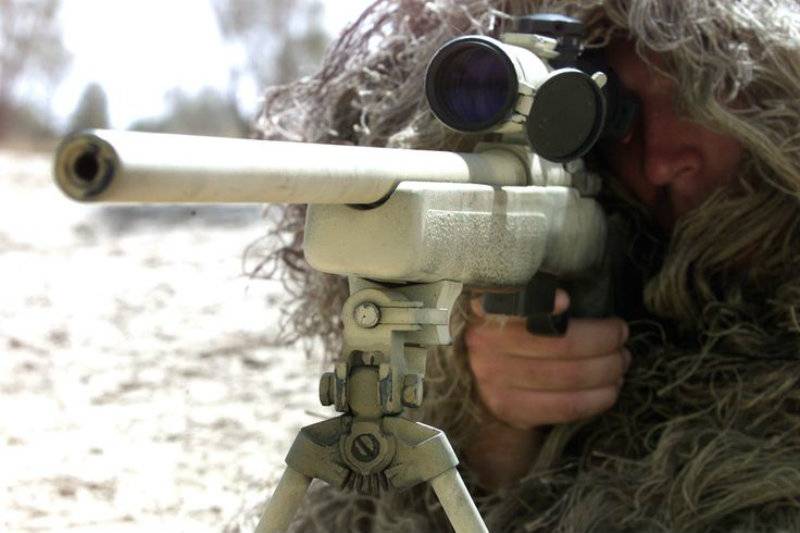 BAGHDAD - A Canadian elite special forces sniper has shattered the world record for the longest confirmed kill shot in military history at a staggering distance of 3,450 metres.

A member of Canada's Joint Task Force 2 shot the "insurgent" from a distance of 3450 metres during an operation in the past month, The Globe and Mail reports.

The shot was fired from a McMillan TAC-50 sniper rifle from a high-rise building in the area and required the sniper to take into account not only wind and distance, but also the curvature of the Earth.

It took just less than 10 seconds to hit its target.

The shot, verified by video, disrupted an IS attack on Iraqi security forces and was considered appropriate given the situation, according to The Globe and Mail.

The world record was previously held by British sniper Craig Harrison. He shot a Taliban gunner with a 338 Lapua Magnum rifle from 2475 metres away in 2009.

The sniper's name and location weren't released for operational reasons.

JTF2 special forces are primarily tasked with counterterrorism, sniper operations and hostage rescue. Much of the information about this elite organization is classified and not commented on by the government. The unit’s snipers and members of Canadian Special Operations Regiment, who are carrying out the main task of training Kurdish forces, have been operating in tough conditions in Iraq.

The Trudeau government pulled CF-18 fighter jets out of Iraq in 2016 but expanded the military mission, which will see the number of Canadian special forces trainers climb to 207 from 69 in an assist, train and advise mission.

Canada has a reputation among Western military forces for the quality of its snipers, despite the small size of the Canadian Armed Forces compared to the United States and Britain.

Canadian commandos are not supposed to be involved in direct combat, but are authorized to go up to the front lines on training missions with Kurdish Peshmerga fighters and to paint targets for coalition air strikes.