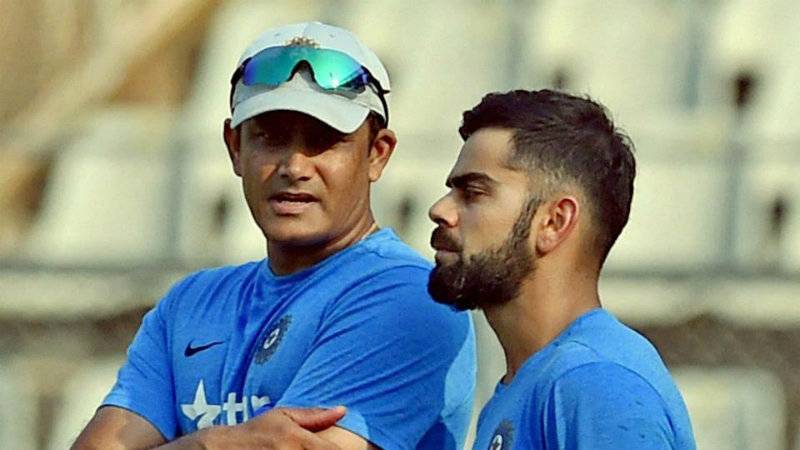 NEW DELHI - India captain Virat Kohli has deleted his year-old post on Twitter in which he had welcomed the appointment of Anil Kumble as the new coach of the national cricket team, only a day after the former cricketer stepped down from his position.

In the tweet that was posted on June 23 last year, Kohli had greeted Kumble with a smiley and expressed hopes of a great future under the guidance of the legendary spinner.

However, the tweet is nowhere to be found on the official account of the 28-year-old India skipper who is in West Indies for a limited-overs series.

Kumble stepped down from his position as the head coach of the Indian cricket team after his position with the current captain became 'untenable'.

At the Champions Trophy, India lost to Pakistan in the final clash following which Kumble resigned reportedly after giving a dressing down to the team for their embarrassing defeat.