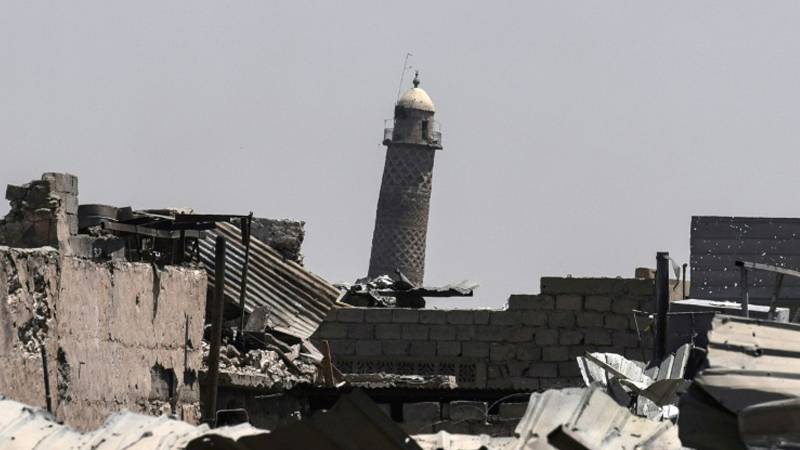 MOSUL - Iraqi army claimed that ISIL had blown up the 800-year-old historic Grand al-Nuri Mosque of Mosul and its leaning minaret, while the terrorist group is blaming the US-led coalition for striking the mosque in an air raid.

It was the same mosque from which IS leader Abu Bakr al-Baghdadi had declared "caliphate" on some parts of Syria and Iraq three years ago.

''Blowing up the al-Hadba minaret and the al-Nuri mosque amounts to an official acknowledgement of defeat,'' Iraqi Prime Minister said in a statement.

Staff Lieutenant General Abdulamir Yarallah said in a statement, "Our forces were advancing toward their targets deep in the Old City and when they got to within 50 metres of the Nuri mosque, Daesh committed another historical crime by blowing up the Nuri mosque."

Over the past eight months, Iraqi troops have managed to take back control of a major part of Mosul, pushing the IS militants deeper into the last remaining occupied areas .

On the other hand, Islamic State's Amaq news agency accused American aircraft of bombing the mosque.

However, coalition spokesman U.S. Air Force Colonel John Dorrian denied the allegations, saying "We did not strike in that area."

Following the orders of Nur al-Din Mahmoud Zangi, the landmark mosque was built in 1172. By the time Moroccan scholar and traveler Ibn Battuta visited the mosque in the 14th century, the minaret had already acquired its distinctive lean and nickname.

The militants have destroyed many Muslim religious sites, churches and shrines, as well as ancient Assyrian and Roman-era sites in Iraq and in Syria.