We are oh-so-excited! These Pakistani films are set to release on Eid-ul-Fitr 2017 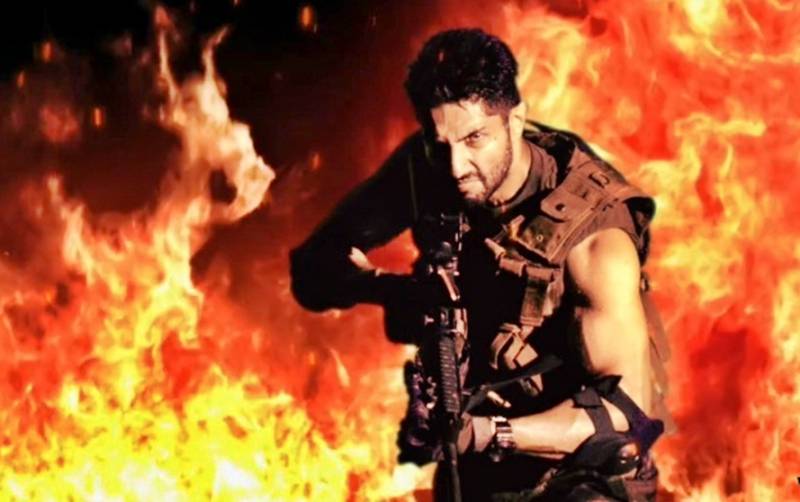 Family re-unions, outing plans, and lots and lots of entertainment!

Eid is the festivity we all await in our monotonous lives, and oh what fun it all is.

After Ramadan, the joy of Eid is doubled as it feels like a reward to celebrate the washing away of sins and the incredible test of tolerance during the month.

To cash in on the Eid holidays, film-makers schedule most of their films for Eid, of course.

The following Pakistani films will be releasing all over Pakistan on Eid:

The most anticipated Urdu film this year is Yalghaar. The film was announced 4 years ago after the success of Waar, which was released the same year in October. Hassan Waqas Rana, the producer of Waar, directed Yalghaar, apart from being the producer and writer both!

Shaan, Humayun Saeed and Sana Bucha will be appearing together for the very first time in a film. Bilal Ashraf, Armeena Rana Khan, Ayub Khoso and Adnan Siddiqui will also be making an appearance in the film.

MVLU is Yasir Nawaz's second film, produced by his own production house also. The first film (Wrong No.) proved successful at the box office, so YN took another chance with Danish Taimoor and VOILA! MVLU made.

Danish Taimoor and Javed Sheikh are again a part of YN's movie and it is also stated to be a ROMCOM. An item song by Amna Ilyas is also rumoured to have been included in the movie. Sana Javed, a well-known TV drama actress, will be making her big-screen debut in MVLU.

Shot on an expensive set costing around 20 million Rupees, it shows the busy inner city of Karachi.

Famous Indian film-maker and lyricist Gulzar has penned down the lyrics for this film, while Indian singer Sukhwinder Singh has provided vocals.

Two Punjabi films are also set to release this Eid, one of which is Moamar Rana and Khushboo starrer 'Badmash'. The film has been directed by Masood Butt and produced by Chaudhary Yaqoob. Babrik Shah and Shafqat Cheema are also part of the cast.

Moamar Rana is the lead for this one too. Other notable actors alongside Rana are Arbaz Khan, Jahangir Jani, and Wali Bukhari. It has been directed by Maqsood Ahmed.

Pashto film 'Zakhmona' will be releasing across Pakistan and internationally this Eid. The leading artists are Ajab Gul, Arbaz Khan and Afreen Pari. The film has been directed by Shahid Usman.

The cast includes Shahid Khan and Dua Qureshi, and it has been directed by Arshad Khan.

The cast includes Arbaz Khan, Jahangir Jani and Sobia Khan. The movie has been directed by AK Khan.

The cast includes Shahid Khan, Sidra Noor and Jahangir Jani. The film has been directed by Nadar Khan.

Gul Jana is the last Pushto film set to hit cinemas on Eid. The film stars Aryan Khan and Afreen Pari. The film has been directed by Liaquat Ali Khan.