Terror groups will target Pakistan if it allows US military to use its bases: PM Imran

Ready to become a partner for Afghan peace 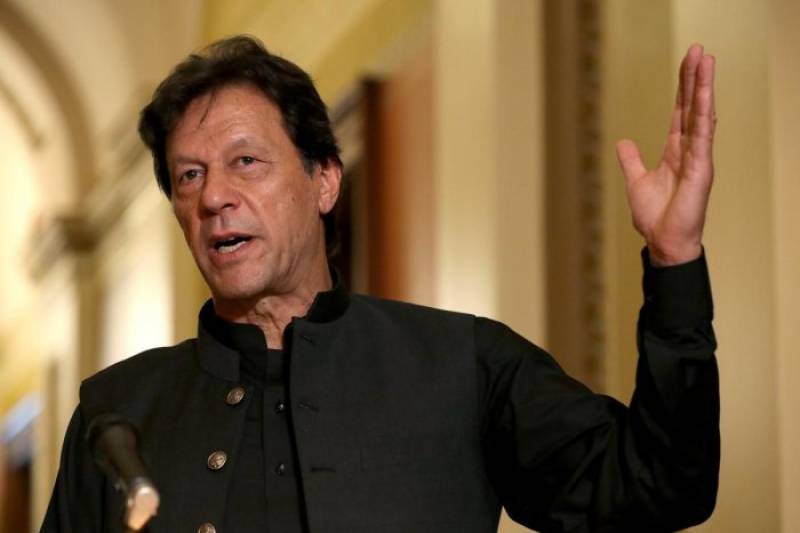 ISLAMABAD – Prime Minister Imran Khan said that Pakistan is ready to be a partner with the United States for peace in Afghanistan but warned that the terrorists will target the country if Islamabad agrees to host the US bases.

In an opinion piece for Washington Post, the premier wrote ‘Pakistan and United States have the same interests in that long-suffering country as both want a political settlement, stability, economic development and the denial of any haven for terrorists there. We oppose any military takeover of Afghanistan, which will lead only to decades of civil war, as the Taliban cannot win over the whole of the country, and yet must be included in any government for it to succeed.’

PM further added ‘History proves that Afghanistan can never be controlled from the outside while Pakistan has suffered so much from the wars in Afghanistan and Pakistan can’t afford it because the country has already paid too heavy a price.’

Khan’s opinion comes a few days after he revealed that ‘Pakistan will absolutely not provide any bases to the United States for military action in Afghanistan.’

The premier wrote that ‘Pakistan has no favorites and will work with any government that enjoys the confidence of the Afghan people. Tourism and investment dried up and after joining the US effort, Pakistan was targeted as a collaborator, leading to terrorism from the Tehreek-e-Taliban Pakistan and other groups.’

There are more than three million Afghan refugees in our country if there is further civil war, instead of a political settlement, there will be many more refugees, destabilizing and further impoverishing the frontier areas on our border. Pakistan believes that promoting economic connectivity and regional trade is the key to lasting peace and security in Afghanistan, he added.

PM concluded by saying that ‘if we share this responsibility, Afghanistan, once synonymous with the “Great Game” and regional rivalries, could instead emerge as a model of regional cooperation.’