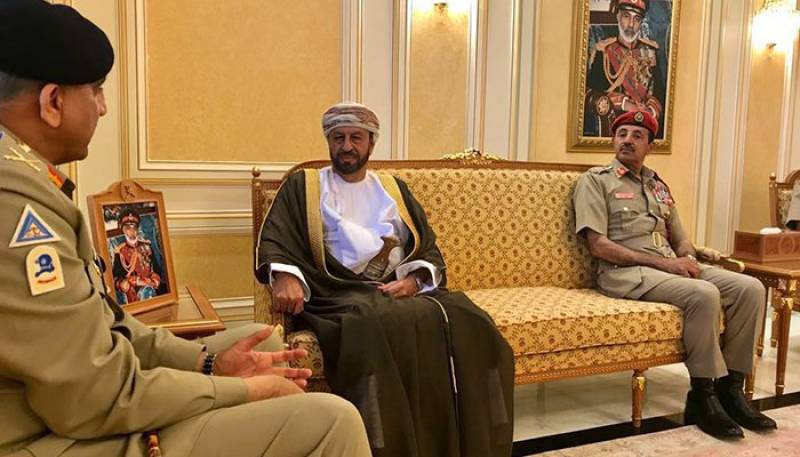 Matters of mutual interest including defence and security cooperation were discussed during the meeting.

Oman’s Defence Minister acknowledged Pakistan’s efforts in the fight against terrorism and regional peace and stability.

Earlier, on his arrival at Oman, a reception was hosted by the Chief of Staff Sultan's Armed Forces General Nabhani.