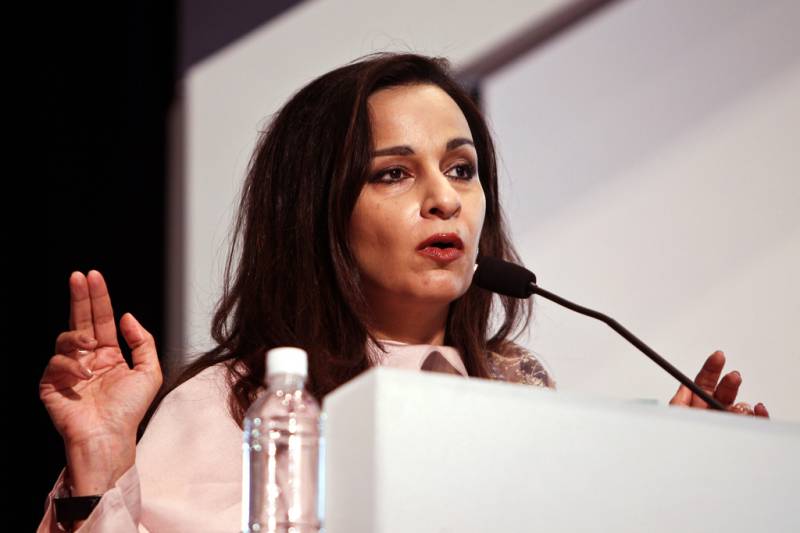 ISLAMABAD - Pakistan Peoples Party leader Sherry Rehman was appointed as the Leader of Opposition in the Senate on Thursday, becoming the first female to be given such post in Upper House of the parliament.

The Senate Secretariat issued a notification regarding Sherry's appointment on the directives of the chairman. On March 14, the PPP had nominated Rehman for the post of Senate opposition leader. At the time of Sherry's nomination, PPP chairman Bilawal Bhutto Zardari had said that the party was making history by pitching the first woman to lead the opposition.

#PPP ready to make history again. We nominate Senator @sherryrehman for the position of Leader of Opposition. InshAllah she will be the first woman to lead the opposition in the senate. Pakistan People’s Party; #WeMakeHistory

On the other hand, Pakistan Tehreek-e-Insaf had nominated party leader Azam Swati for the position of the opposition leader in Senate and had even secured the support of Muttahida Qaumi Movement-Pakistan (MQM-P).

Sherry Rehman, a central figure of PPP, served as the editor of Herald for over a decade before she entered into electoral politics. She was elected to the national assembly in 2002 and was re-elected in 2008, following which she served as the federal minister for information and broadcasting.

Let it be known that Pakistan Peoples Party is also credited with appointing Fehmida Mirza, the first female speaker of the National Assembly.