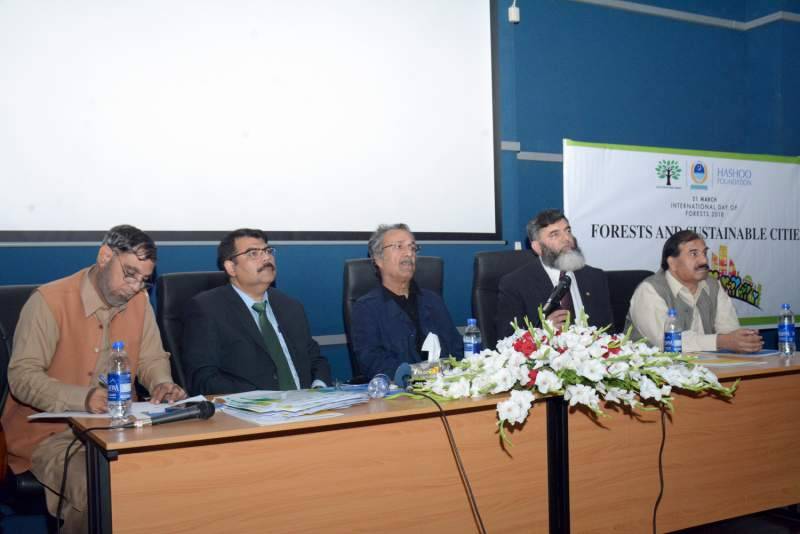 A panel discussion to sensitize the students on the importance of forestry and the need to conserve forests for a sustainable future at the UAF with the panelists Tahir Rasheed, CEO, SPFC; Arif Rahman, Senior Program Manager, Hashoo Foundation; and Prof. Dr. Tahir Siddiqui, Chairman, Department of Forestry and Range Management, UAF. 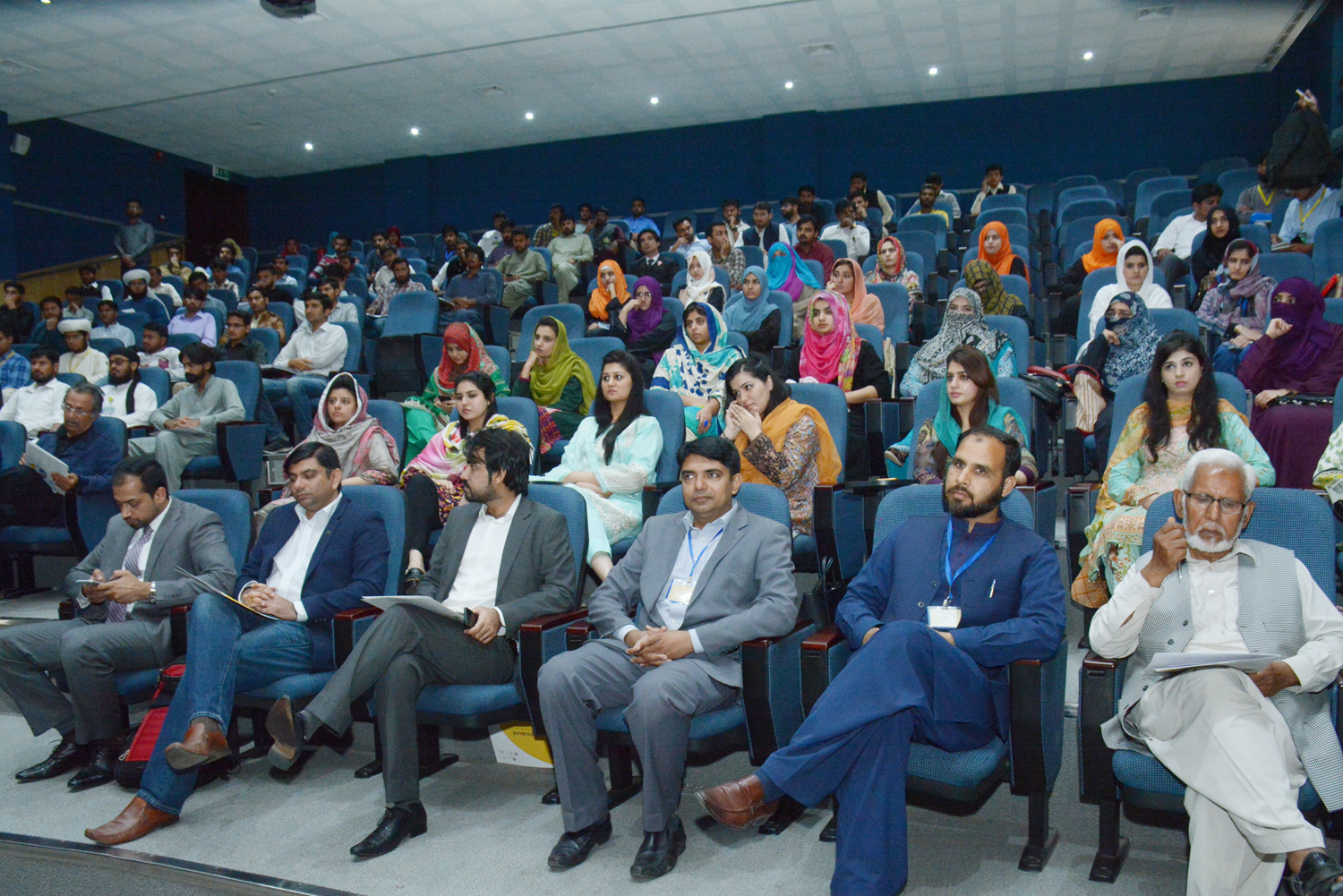 A walk was also arranged along with a plantation drive by representatives of SPFC, Hashoo Foundation, and faculty and students of the UAF for awareness on campus, which concluded at Iqbal auditorium, said a press release.

The theme for this year’s International Day of Forest is ‘Forests and Sustainable Cities’, as cities consume 75% of the world’s natural resources and account for more than 70% of the global carbon emissions. 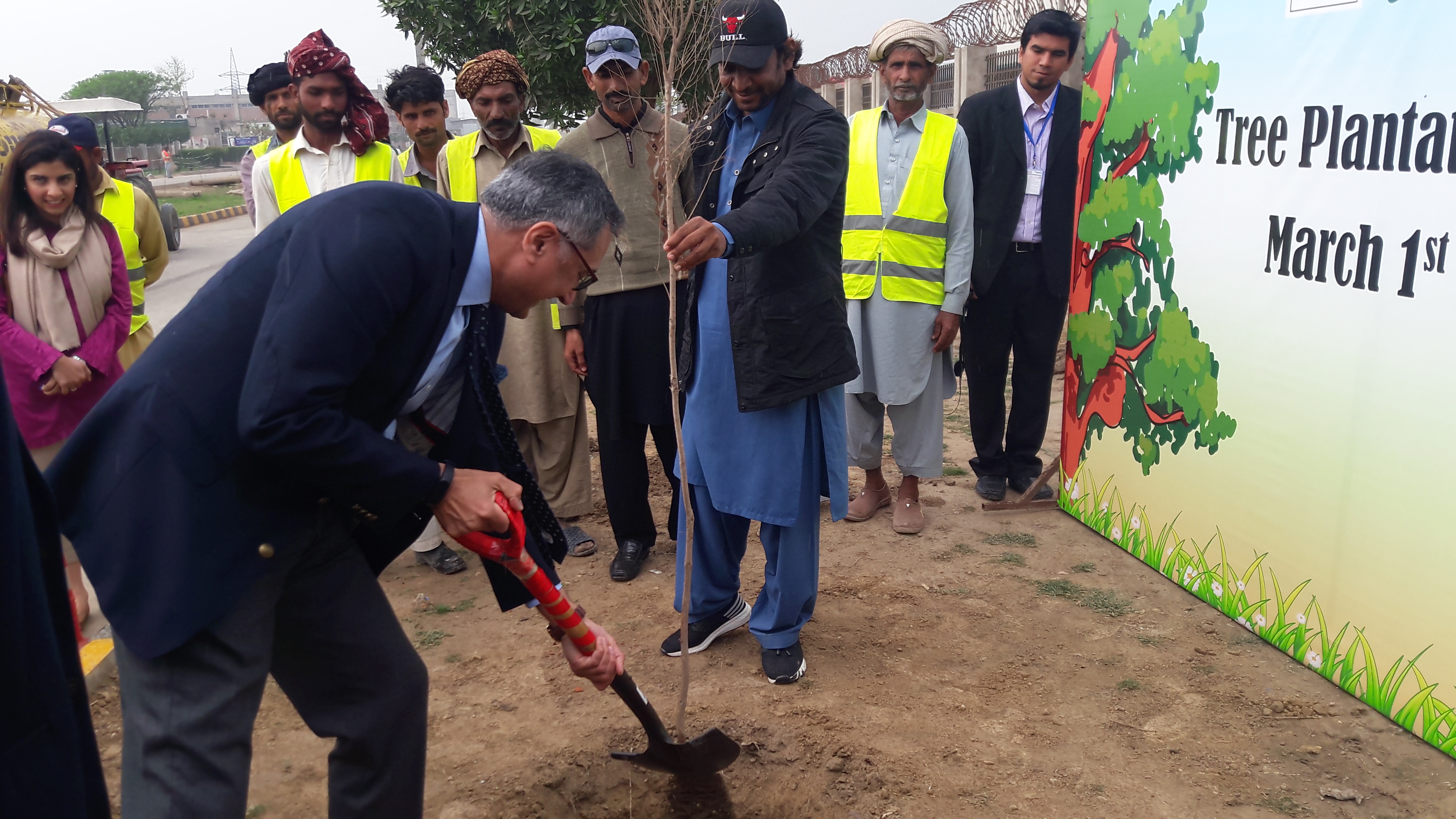 Tahir Rasheed sensitized the students to devote themselves to promoting sustainability in their daily lives, which holds the key to a greener future. While informing the participants on the benefits of planting trees in cities, he said, ‘The strategic placement of trees in urban areas can cool the air by upto 8 degrees Celsius, thus protecting cities from the impacts of heatwaves and increasing temperatures’.

He further shed light on SPFC’s initiative to improving the environment and contributing towards the economy of Punjab. According to him, ‘This landmark initiative of the Government of the Punjab will lead to afforestation of 130 million trees in South Punjab, sequester carbon emissions upto 25 million tons, create 15,000 green jobs, upto 75% of SPFC’s share in the form of trees to be conserved, circulation of Rs240 billion in the economy and the government to earn Rs20 billion during the project duration of 15 years’.

Arif Rahman, Senior Program Manager Hashoo Foundation, elaborated the role of Hashoo Foundation in helping various sections of the society, particularly the students and community members. Arif Rahman, also highlighted the importance of urban forests to tackle the issue of Urban Heat Islands. He also stressed on the importance of public-private partnerships to help raise awareness and introducing solutions towards creating urban forests.

Prof. Dr. Tahir Siddiqui, Chairman, Department of Forestry and Range Management, UAF and Prof. Dr. Ashfaq Ahmad Chattha, Program Chair, Climate Change, UAF said that environmental degradation is posing a serious threat to life on earth, with deforestation, industrialization and urbanization among the major culprits of ecosystem degradation and deterioration. Both the experts emphasized upon the role of forests, especially urban forestry in the mitigation and adaptation of climate change.

Dr. Siddiqui further highlighted the role of the Department of Forestry and Range Management, UAF in promoting sustainable forestry practices and also informed that the department has established an arboretum and a forest nursery. He also appreciated the efforts of his faculty, especially Dr. Irfan Ahmad Wahla and Muhammad Asif. ‘We should promote agroforestry to meet domestic wood requirement and that the Department of Forestry and Range Management is providing trees to the farmers through different projects for the reclamation of problematic soils’ added Dr. Tahir Siddique.

At the end, Prof. Dr. Muhammad Iqbal Zafar, Vice Chancellor, UAF gave the concluding remarks and told that the UAF is taking concrete measures to turn itself into a green university, by increasing the number of trees on the campus. He further hoped that the event will help to raise awareness among the students on urban forestry and calling for measures to improving the urban forest cover of the urban centers for a sustainable future.