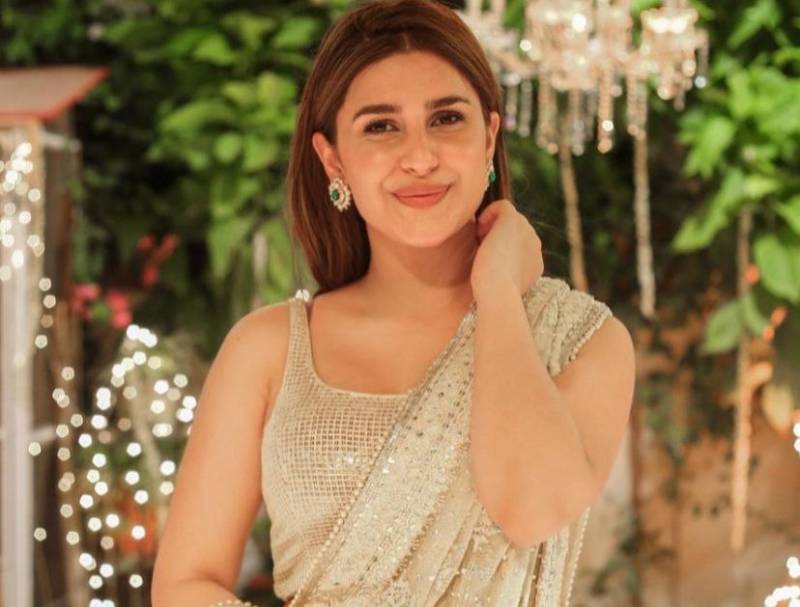 Lollywood diva Kubra Khan has cemented her position in the television industry with her impeccable acting skills and graceful personality.

Stealing hearts with her versatility and drop-dead gorgeous looks, the 28-year-old was recently spotted in the talk show 'The Big Pick' hosted by Hassan Chaudhry.

Among the plethora of topics, the Hum Kahan Ke Sachay Thay actor touched upon her personal life, future projects, endless trolling and much more.

The Alif star also got candid about going under the knife and answered questions regarding having any cosmetic surgery. She admitted that basic cosmetic fixes are done by almost everyone in showbiz.

“Basic things are done by everyone, lasers treatments and other things. They are done obviously to keep their skin fresh. I would rather like to do the gym as it’s a great stress reliever and also a healthy thing to do”.

Further, she stated that if anyone feels insecure about their looks and surgery is the solution then they should not hesitate and go for it.

“I am different, more of a happy go lucky sort of person, I prefer doing other things which keep me busy instead of believing in having certain kind of looks so I won’t go for it," she added.

On the work front, Kubra Khan has been praised for her performance in the star-studded drama serial ‘Sinf-e-Aahan’ and 'Sang-e-Mah'.