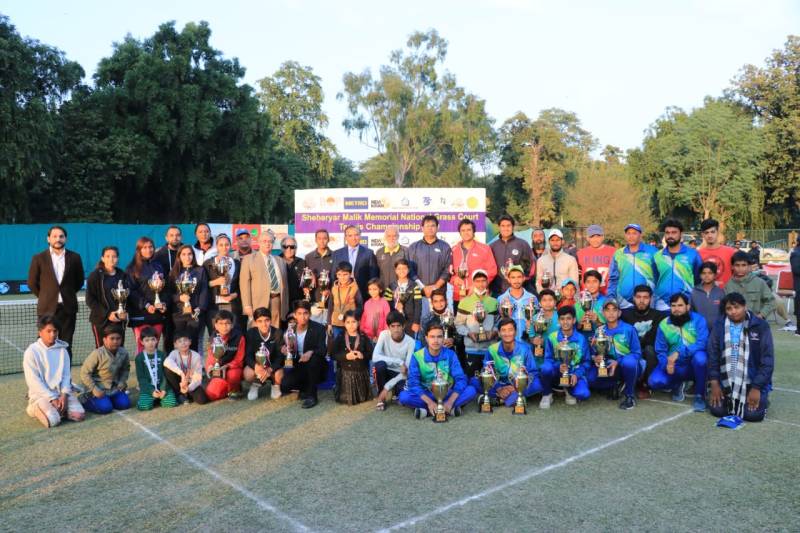 Pakistan WAPDA Chairman Lt Gen (r) Muzammil Hussain graced the concluding day as chief guest and distributed prizes and trophies among the winners during the concluding ceremony. The chief guest lauded all the players and especially the winners for their title triumphs and hoped that they will further work hard to earn good name and fame for them as well as for their country. 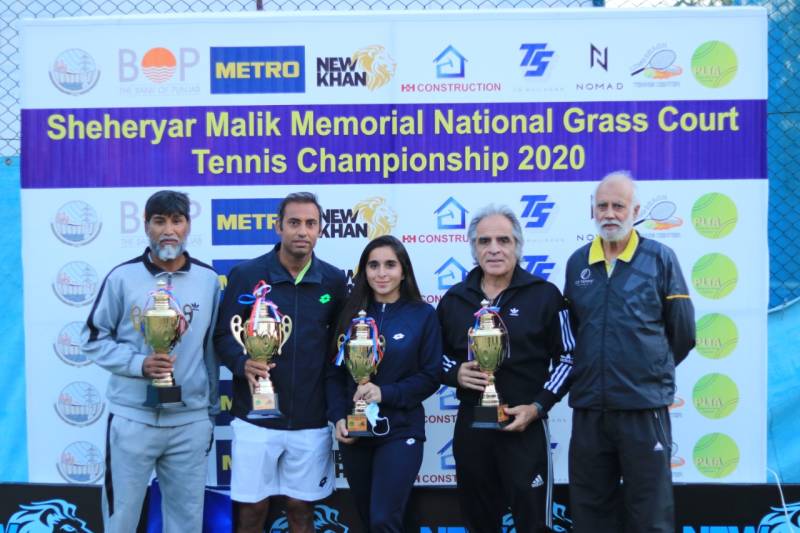 In the men's singles final, Aqeel Khan overwhelmed Muzammil Murtaza 6-0, 6-2. Aqeel, the longest-serving No 1 player, was off to flying start as he played superb baseline and net game in the first set and never allowed his opponent to score a single point, thus won it 6-0. Muzammil showed some fight in the second set and managed to score two points but Aqeel once again showed his class and experience to and the second set 6-2, thus registered the title victory by 6-0, 6-2.

Speaking on the occasion after his title win, Aqeel said: "It was though an easy victory for me but for this title win, I worked really very hard in 2 months soon after Corona crisis. And now I am feeling more fit and energetic and I am eager to record more and more title victories. We have a good number of national tournaments ahead before next year's Davis Cup tie against Japan, so I am hopeful that we will prepare well for the tough tie against Asian tennis powerhouse."

It was double delight for Aqeel Khan, when he, partnering with Shahzad Khan, carved out another title victory in the men's doubles final. The winning duo though faced a tough fight from the pair of Muzammil and Mudassar yet they overcame them with a score of 7-5, 6-4 to claim the title.

In the Ladies singles final, national tennis champion Ushna Suhail outclassed Sarah Mehboob by 6-0, 6-2. Right from the start, Ushna displayed aggressive baseline and net game and didn't allow Sarah to settle down. She was able to take lead of 3-0 in the first 10 minutes and then continued the pressure to win the set without conceding a single game at 6-0. Although the score doesn't reflect the long rallies with both the players displayed during the first set. In the next set, Sarah was able to take one game at 4-1 by displaying some agrresive game and good service, Ushna again led at 5-1 by showing her talent and experience. Sarah was again able to take the second point at 5-2 while Ushna served out to win the match 6-0, 6-2. 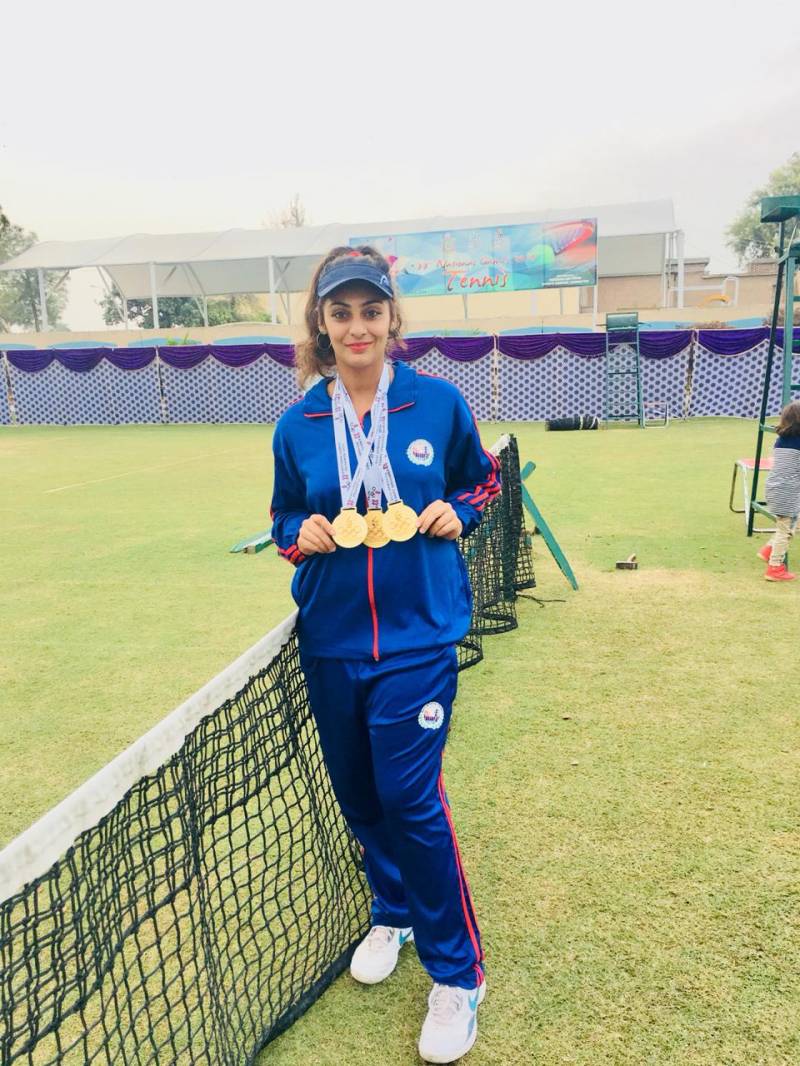 Ushna Suhail poses with her medals.

After registering the title victory, Ushna, who is the first and only world-ranked female tennis player of Pakistan in 73 years, said: "I am happy at my performance in the first national tournament after Corona crisis. I wasn't able to practice much due to my graduation at London University, but I am glad that I give out my best and succeeded in recording comfortable victory to clinch the national title. I am now keen to practice much and further excel at national and international level."

The boy's under-14 title was won by Muhammad Shoaib, who outpaced Semi Zeb by  6-1, 6-2 while the title of boys/girls under-12 went to Ahtesham Humayun, who got walkover against Hussain Ali Rizwan. The under-10 title was lifted by Hamza Ali Rizwan, who beat spirited Zohaib Afzal Malik 4-2, 4-2.