Court orders release of Talha, the DSP's son who killed a biker in accident 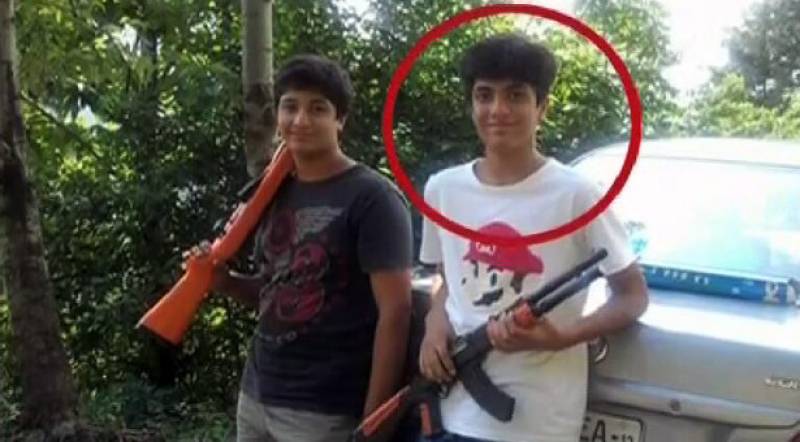 LAHORE (Staff Report) - The underage son of DSP Lower Mall Naveed Irshad, who killed a motorcyclist in a car accident on Monday, has been released on court orders after his lawyer argued that the accused was on an interim bail at the time of his arrest.

The court ordered police officials no to arrest the accused till November 5.

Earlier this day Talha was produced ‘hand-cuffed’ in the court of Lahore session judge.

During the hearing police officials prayed the court to hand over the accused, Talha, to police on physical remand. The court was informed that police needs more time to interrogate the culprit.

On the occasion, the legal counsel of Talha pleaded court that the accused is an underage and should be treated under juvenile laws. He also informed the court that Talha was on a pre-arrest bail till November 5 but police authorities arrested him violating the court orders.

In a media talk on Wednesday Talha said the accident occusred due to high speed of his car, resulting in the killing of motorcyclist Bilal.

Eventually, he showed up at the police station on Tuesday voluntarily and surrendered, but made sure to obtain the bail before arrest.