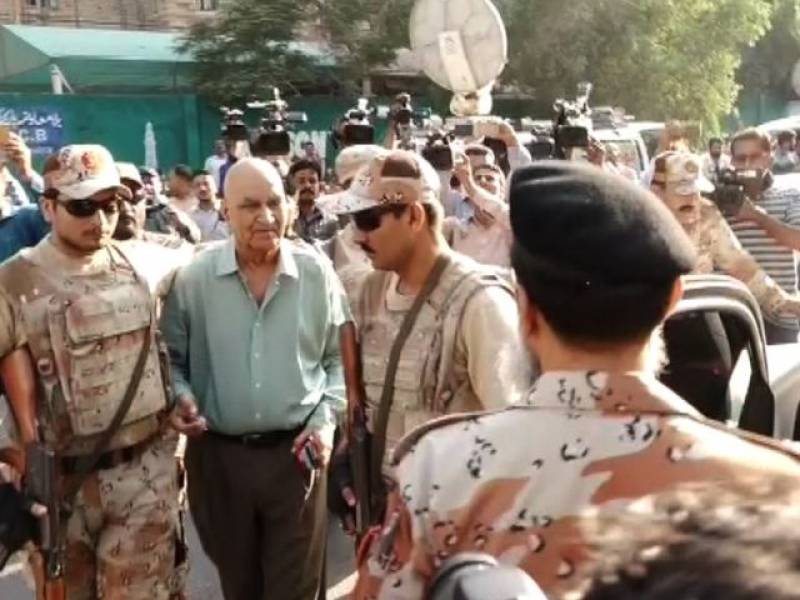 KARACHI - Rangers officials on Saturday detained two leaders of Muttahida Qaumi Movement (MQM) London when they were about to hold a press conference at Karachi Press Club.

Both the MQM leaders are members of the party’s 12-member interim coordination committee.

According to sources, Hasan Zafar and Kunwar Khalid have been moved to Meetha Ram Hostel. However, there has been no officials confirmation from Rangers as to where the MQM-London leaders have been shifted.

MQM-London interim Rabita Committee members were scheduled to hold a news conference at the KPC which has now been postponed.