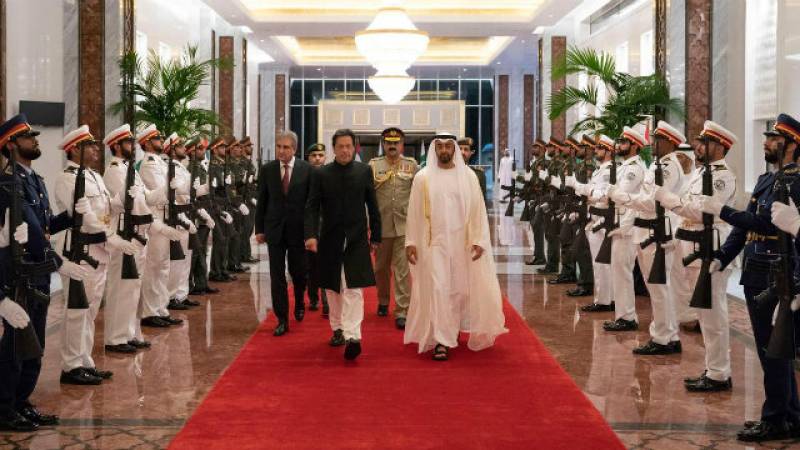 The two leaders discussed a number of regional issues just months after the cricketer-turned-politician assumed the top office in Pakistan.

Mohamed bin Zayed discusses bilateral ties with the Pakistani Prime Minister over a phone call, together with a number of regional and international issues of mutual interest.

Khan visited Abu Dhabi in September where he met with Sheikh Mohammed on his maiden foreign visit to the Gulf country. The two leaders discussed Islamabad’s attempts at staving off a financial crisis.

The UAE and Pakistan have developed strong bilateral ties since Pakistan became the first country to recognise the UAE in its independence in 1971.

In 2011, the UAE established the UAE Pakistan Assistance Programme which has helped provide aid in the form of infrastructure development, education assistance and hospital donations.

The UAE also trains some of its military units in Pakistan.

The UAE plays host to more than 1 million Pakistanis, representing the second-largest nationality in the country.

PM Khan is on his way attend Saudi Arabia’s investment conference on the invitation of King Salman bin Abdul Aziz.