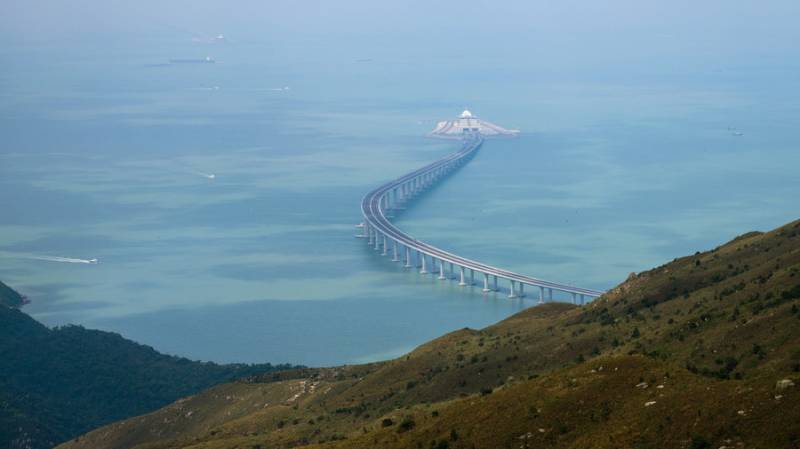 HONG KONG - A $20-billion bridge connecting Hong Kong and Macau to the mainland Chinese city of Zhuhai is set to finally open this week, marking the completion of the longest sea-crossing bridge ever built, nine years after construction began.

Chinese President Xi Jinping is expected to attend a ceremony in Zhuhai on Tuesday, along with top officials from Hong Kong and Macau, with the bridge opening to public traffic Wednesday.

The 55-kilometre (34-mile) bridge was originally due to open in 2016, but repeated delays pushed that to this year.

It is a key element of China's plan for a Greater Bay Area covering 56,500 square kilometres (21,800 square miles) across southern China and encompassing 11 cities, including Hong Kong and Macau, that are home to a combined 68 million people.

Proponents of the idea say the bridge will cut journey times between the cities from three hours to 30 minutes, which they say will enable commuters and tourists to easily move around the region.

Despite the focus on drive time, however, private car owners in Hong Kong will not be able to cross the bridge without a special permit. Most drivers will have to park at the Hong Kong port, switching to shuttle bus or special hire cars once they are through immigration. Shuttle buses cost $8-$10 for a single trip depending on the time of day.