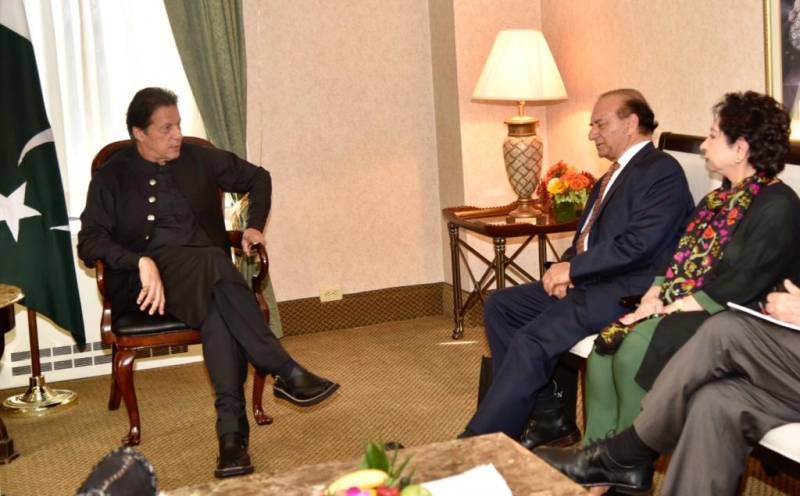 Prime Minister highlighted India’s illegal and unilateral actions of 5th August and the inhuman lockdown of over 8 million Kashmiris entering in its 49th consecutive day.

Kathwari on the occasion highlighted the Kashmir Study Group’s earlier engagement on the Jammu and Kashmir dispute and efforts for conflict resolution.

The Prime Minister directed him to expose the real face of fascist Modi's regime before the world, the Radio Pakistan reported.

Imran Khan urged the Group to highlight the present dangerous situation which imposed immeasurable suffering on the Kashmiri people and posed a grave threat to regional peace and security.