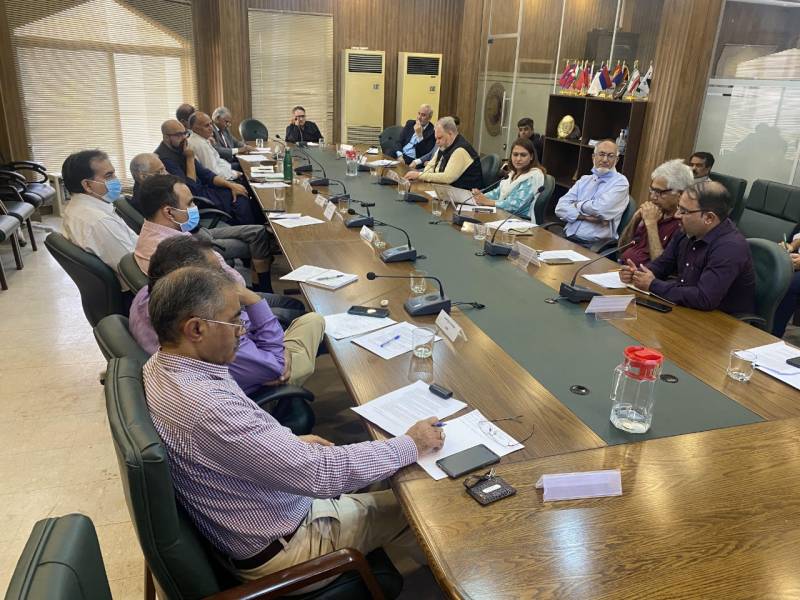 ISLAMABAD – In the wake of new scientific evidence suggesting that climate change likely worsened the devastating floods that have led the country to face its worst humanitarian crisis in a decade, WWF-Pakistan, in association with the Pakistan Academy of Sciences, convened government and relevant development stakeholders in Islamabad to develop a consensus on the Pakistan Climate Crisis Charter. This Charter will serve as a living document to facilitate action on dealing with climate induced disasters, focusing specifically on flood risk management.

The session involved a thorough discussion/consideration of land use planning, particularly development in flood-prone or vulnerable areas, water resource management, the capacity of local authorities, media coverage, and forecasting and evacuating systems. Stakeholders developed consensus on shared action points to improve preparedness and the collective response to future crises.

From mid-June until the end of August 2022, large parts of Pakistan experienced record-breaking monsoon rainfall. The provinces of Sindh and Balochistan witnessed their wettest August ever recorded, receiving 7 and 8 times their usual monthly totals. While much of the recent flooding can be attributed to the effects of climate change, the national disaster also highlighted governance challenges, particularly land use planning, ineffective disaster preparedness, and underlying challenges that pertain to the political economy of the country.

Hammad Naqi Khan, Director General WWF-Pakistan said “After the catastrophic floods of 2010, we had over 10 years to prepare ourselves. Yet, our response was reactive. As we work on providing relief and rehabilitation, we must also begin to prepare our actors; including federal, provincial and local governments, disaster management agencies, non-profit and non-government entities; to address gaps in our governance and develop a holistic and community-centered approach to climate adaptation to limit its impacts.”

The draft Charter builds on earlier recommendations that were put forward by the government, civil society, academics, and multilateral organizations, in the aftermath of earlier disasters, such as the floods of 2010. It also recognizes that given that Pakistan’s contributions to the climate crisis are virtually nil, all stakeholders should collectively utilize available avenues, including through the UNFCCC and the Paris Climate Agreement, to call upon the global north to address our loss and damage.

CEO NDRMF, Bilal Anwar appreciated WWF-Pakistan's effort for taking the lead on developing a charter to address the climate crisis. "This is a timely and needed initiative" Mr. Anwar - said, "however, it's also important to apply a holistic and embracing approach towards disasters. Experience and history dictates that disasters can't not be approached in isolation, but rather look at the big picture - from the heatwaves, to the floods, and now a potential drought, it is all interconnected, and its important that we address it as such."