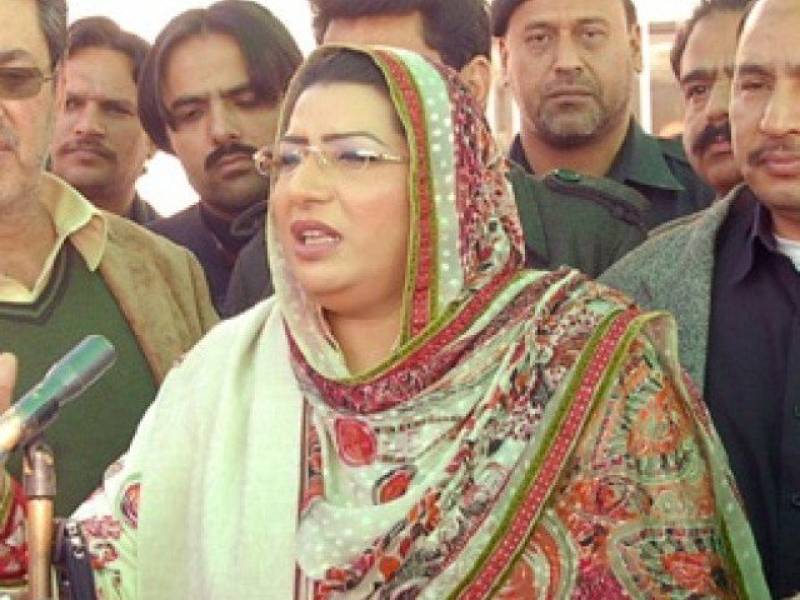 LAHORE - Special Assistant to the Prime Minister on Information and Broadcasting, Dr Firdous Ashiq Awan has suggested that Chief Minister Punjab Sardar Usman Ahmed Buzdar should market his performance with the help of media.

In an exclusive conversation with a team of Daily Pakistan on Monday, Awan expressed that as Usman Buzar does not believe in hurling slurs and opting an audacious approach, he was not fitting in well with the culture of the province.

The recently appointed assistant admitted that the Punjab govt's initiatives have not been marketed properly for which she would play a part alongside the chief minister and media outlets.

Dispelling rumours about the ouster of Usman Buzdar, Awan shared that the frustrated opposition was busy sending messages to the political players and bureaucracy to keep itself alive.

The PTI leader continued that the purpose of her Lahore tour was to improve the perception about Punjab government and improve media coordination for public service delivery and relief initiatives.

To a question about her role regarding shuttle diplomacy between the chief minister, governor and Speaker Punjab Assembly, Awan expressed that Punjab becomes the battleground in elections and it caters to 60 per cent of the population.

Firdous Ashiq Awan shared that her objective was to overcome the disconnect between the federal, Punjab government and media besides addressing the concerns of media workers, owners and unions.

To a query about her favourite food, Firdous Ashiq Awan replied that she liked DaalChawal (Lentil-Rice) the most, dishing in on the importance of Biryani in elections as well.

Awan attributed her cooking skills to her stint with the United Nations Population Fund (UNFPA) that made her a cook.

When Firdous Ashiq Awan was asked whether she would jump Pakistan Tehreek-e-Insaf's ship, the politician replied in Punjabi that she would remain a part of the party if allowed the same.

"Menu Maafi dey deyo. Mai hijraat kar kar thak gaye aan, mai khana badosh nai. Menu hun iss ghar wich rehn deyo agar tussi ijazat deyo (I beg your pardon, I am tired of switching loyalties. I am not a gipsy. Let me remain a part of this party if you allow me to do so)," Awan replied stirring waves of laughter.

To a query about the excessive inclusion of technocrats in the cabinet, the special assistant responded that the current era was an era of international engagement as information has been globalized and dissemination of information could be done through professionals only.

"Term them experts, technocrats, public representatives or professional skilled workers but our objective is performance and delivery," Awan added.

Addressing the rising calls about the need of a presidential system in the country, the politician replied that no such thinking exists in the minds of top leadership as the constitution does not allow such arrangements.

The politician stressed the need for electoral and constitutional reforms which according to her could be brought through the existing parliamentary system.