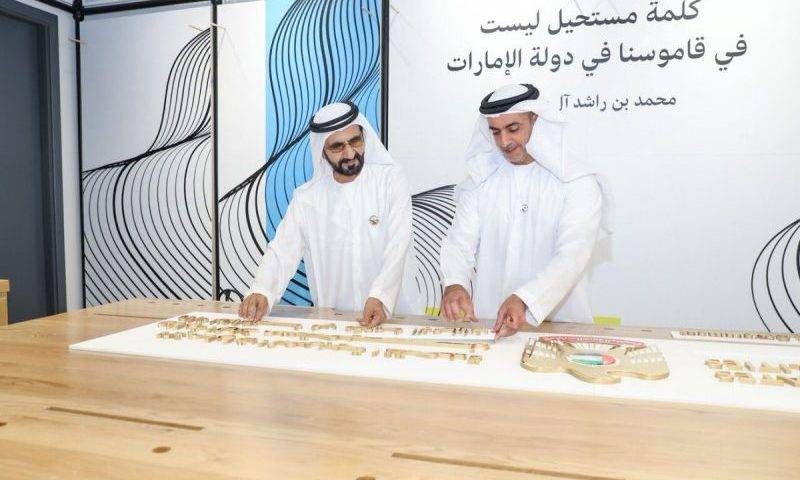 DUBAI - The United Arab Emirates launched the first-ever Ministry of Possibilities on Tuesday.

Interestingly, the ministry will have no minister and will handle significant national issues including building new government systems in preparation for the future.

The ministry was launched by His Highness Shaikh Mohammad Bin Rashid Al Maktoum, Vice-President and Prime Minister of the UAE and Ruler of Dubai.

Shaikh Mohammad detailed that the ministry - located in AREA 2071 in Emirates Towers in Dubai - would be entrusted with vital national issues.

“Today, we have launched the Ministry of Possibilities, a new work system within the UAE government. It is unconventional ministry. It will have no minister with the Cabinet member becoming its new crew. It will be entrusted with vital national issues and building new government systems for the future,” he said on his Twitter profile.

The premier added that the ministry will commence its work on several projects including provision of proactive services to the public and development of an online platform to facilitate government purchases and shorten the time from 60 days to 6 minutes.

"The ministry will also be tasked with devising specialized systems to uncover talents in every child in the UAE," he shared and added that the word impossible does not exist in our dictionary and is not part of our philosophy nor will be part of our future.

Sheikh Mohammed bin Rashid Al Maktoum instructed to start working on a number of pressing national programs in the first phase, in the form of four time-bound departments: Department of Anticipatory Services, Department of Behavioral Rewards, Department of UAE Talent and Department of Government Procurement.

UAE has been taking unusual initiatives to reshape governance apparatus; in 2016, it created ministries of happiness and tolerance.