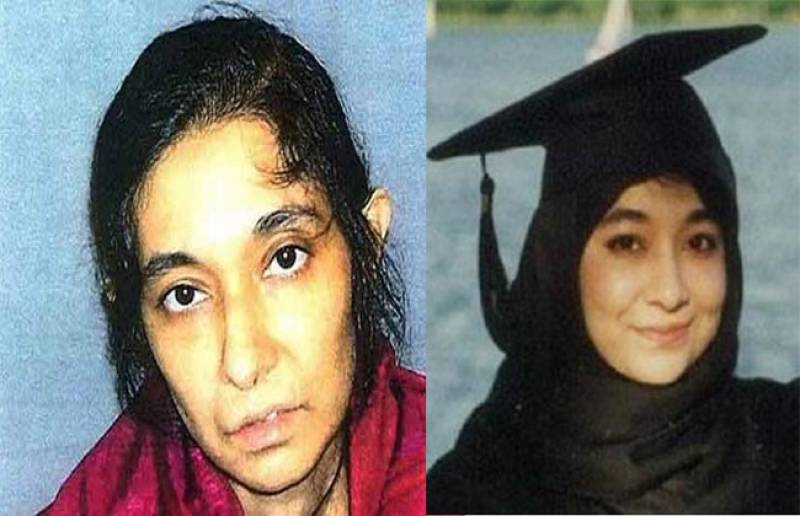 ISLAMABAD - The spokesman for foreign Office, Dr Muhammad Faisal revealed on Tuesday that imprisoned Dr. Aafia Siddiqui was not willing to return to Pakistan from the US.

In an interview with Independent Urdu, Faisal addressed rumors about the return of Aafia Siddiqui and said reports about her repatriation were mere chatter.

"She (Dr Aafia) will not come back. She does not want to come back herself, as per the information I have," Faisal shared in point-blank remarks.

The official said that the only way the possibility of Dr Aafia's return could arise is a meeting between Prime Minister Imran Khan and US President Donald Trump.

In that case, "the exchange of Aafia Siddiqui for Shakeel Afridi could come under discussion," he added.

While Dr Faisal confirmed that Dr Siddiqui was not willing to return, her sister Dr Fouzia contradicted the claims confirming that the consulate office in Houston had met Aafia last month.

Dr Fouzia said that at one point it seemed as if Aafia was returning to Pakistan any moment adding that she had been reassured by the government that negotiations with the US were underway and there will be good news between January and March.

"But now the silence has set in again," Fouzia opined and said Aafia told her that she was ready to sign any document to get out of jail somehow.

To a query about the Christian woman acquitted by the Supreme Court over blasphemy allegations, Dr Faisal said that she was still in Pakistan but could leave soon.

"She is at a safe location in Pakistan but when there is a court order in her favour, she should leave," the spox told the publication.