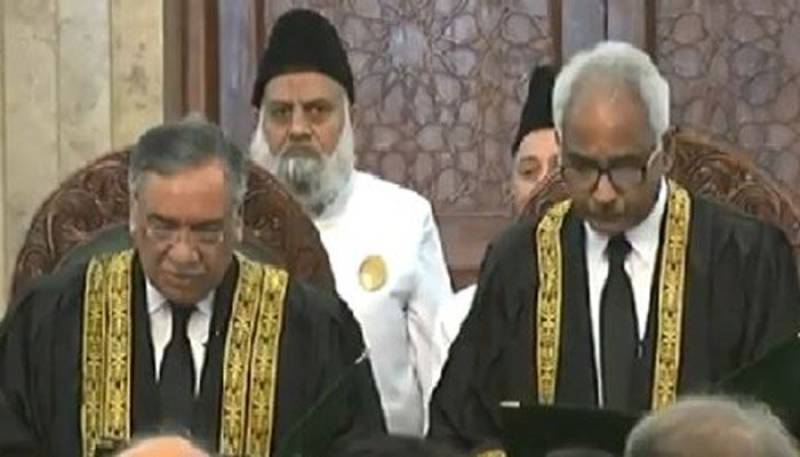 Chief Justice of Pakistan Asif Saeed Khan Khosa administered him the oath at a ceremony in Islamabad.

The ceremony was attended by judges and lawyers of the Supreme Court.