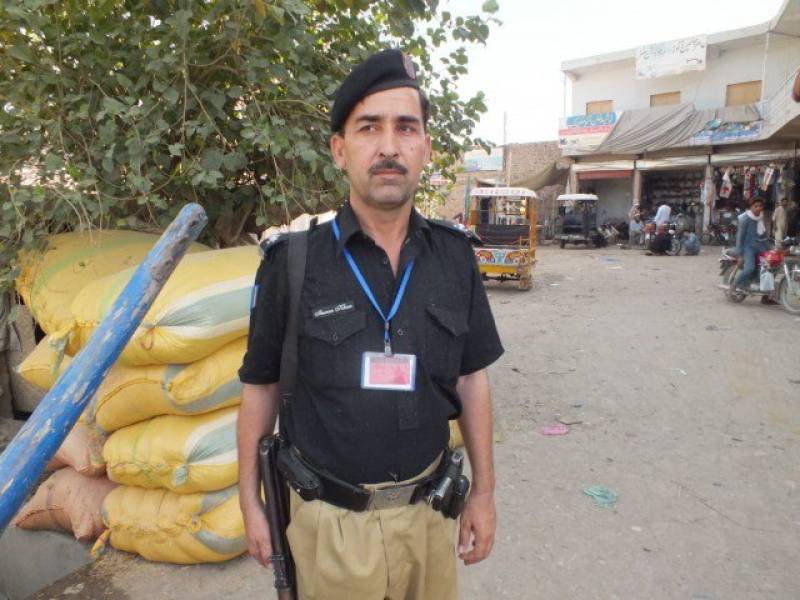 PESHAWAR - In a tragic turn of events, a police officer deployed to secure polio workers was martyred in Khyber Pakhtunkhwa's Bannu city on Tuesday.

Assistant Sub Inspector (ASI) Imran was on polio duty near a Rural Health Centre in Domel when unidentified assailants opened fire at him.

Soon after the incident, Chief Minister Khyber-Pakhtunkhwa Mehmood Khan took notice of the murder and summoned a report from the province’s Inspector General Police (IGP).

The chief minister sent condolences to the family of the victim and said the perpetrator will soon be brought to justice.

As Pakistan gears up to eradicate polio, a coordinated campaign against the authorities seems to be at play.

Just a day earlier, the public hospitals of Peshawar brimmed with over 25,000 children brought by their parents for check-ups after fake news was disseminated that children were falling sick after consuming anti-polio drops.

PESHAWAR – A local hospital set on fire in Peshawar when about 40 children allegedly fell sick after being ...

The rumours prompted riots, as the protestors (mainly parents) gathered outside Mashokhel Hospital and broke down the main gate and damaged the property of the hospital.

On Tuesday, the Peshawar police made an arrest of a man involved in stirring panic by faking the illness and hospitalization of children in Mashokhel village.

The social media videos exposed the man, identified as Muhammad Nazar, who instructed some young boys in madrassa uniform to fake to be ill and pretend to be unconscious on hospital beds. The children can be seen, following his orders in the video.