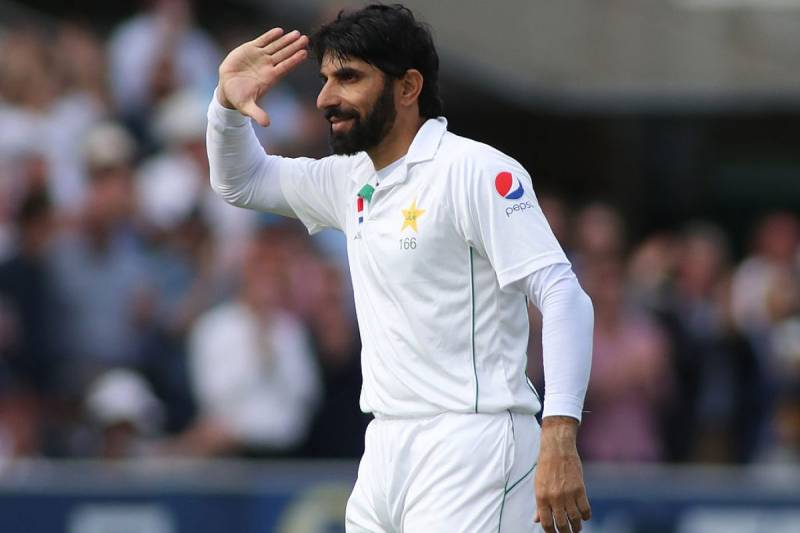 DUBAI (Staff Report) - Pakistan has topped the ICC Test ranking for the first time after wet ground at the Queen Park Oval, Port of Spain, denied India the opportunity to defend the top spot which it had reclaimed from Australia last week.

The result of the fourth and final Test means India won its series against the West Indies by 2-0, finishing on 110 points – one behind Pakistan and two ahead of third-ranked Australia.

To mark Pakistan’s number-one Test status, it will be presented with the ICC Test Championship mace. The details of the presentation ceremony will be announced in due course.

For Pakistan, Misbah-ul-Haq’s side has become only the fifth team after Australia, England, India and South Africa to top the ICC Test rankings since these were introduced in 2003.

Pakistan’s steady progress to the top of the summit can be judged from the fact that it had entered in its home series against Australia in the United Arab Emirates (UAE) in October 2014 in sixth position, while it was ranked fourth when it hosted England in a three-Test series last year in the UAE.

Misbah was delighted to become the first Pakistan captain to inspire his side to the top of the Test rankings, when he said: “There is no greater feeling than to achieve the number-one ranking in the most traditional and purest format of the sport. This is what cricketers play for and want to achieve in their careers.

“Number-one ranking is a reward for something we had planned as a group a few years ago and have worked extremely hard to achieve it. To top the Test table, which boasts some of the best sides and players, is something to be very proud of.

“I want to compliment everyone who has been involved in the process, including all the players, the support personnel, the management, as well as our loyal fans and followers who remained committed to us and continued to back and support the side through the good and not-so-good days.

“For us, the number-one ranking is not a destination but part of a journey. Our long-term objective and strategy is to remain competitive, continue to challenge the top sides with good cricket and once again become the most followed side like the Pakistan teams of yesteryears. If we can achieve these on a consistent basis, then I am sure there will more laurels like this down the line.”

ICC Chief Executive David Richardson congratulated Pakistan on achieving the number-one Test ranking. “Misbah and his side deserve our heartiest congratulations. The number-one ranking is well deserved and a testament to the quality of cricket the team has consistently played over the past few years.

“The past few weeks of Test cricket have been incredibly absorbing with some high-quality competitive series being played, exhibiting what is so special about Test cricket. The battle for the top ranking has made it even more exciting for all fans.”

The battle for the number-one ranking between the two traditional rivals will resume in September/October when New Zealand will visit India and Pakistan will host the West Indies in the UAE. Both the series will be three-Test rubbers.

It is also worth mentioning here that the Test team rankings are updated at the end of each series.