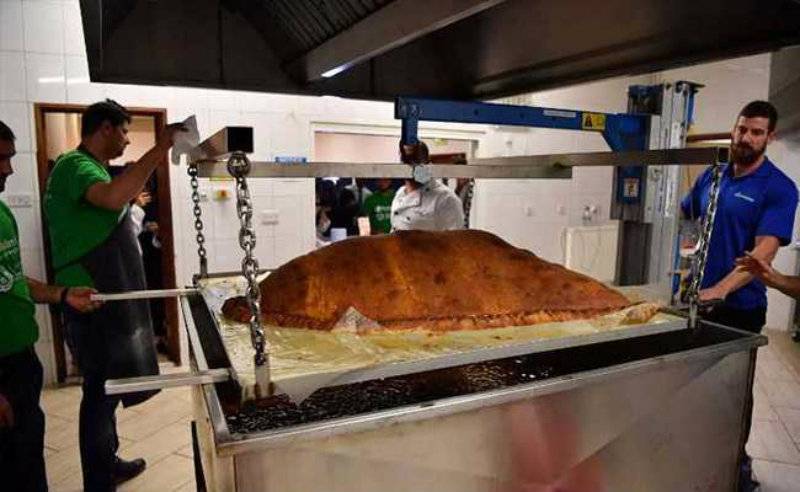 LONDON - A dozen volunteers from the Muslim Aid UK charity have smashed the world record for the largest samosa in London.

This whopping version of the popular Asian snack weighs in at 153.1kg. 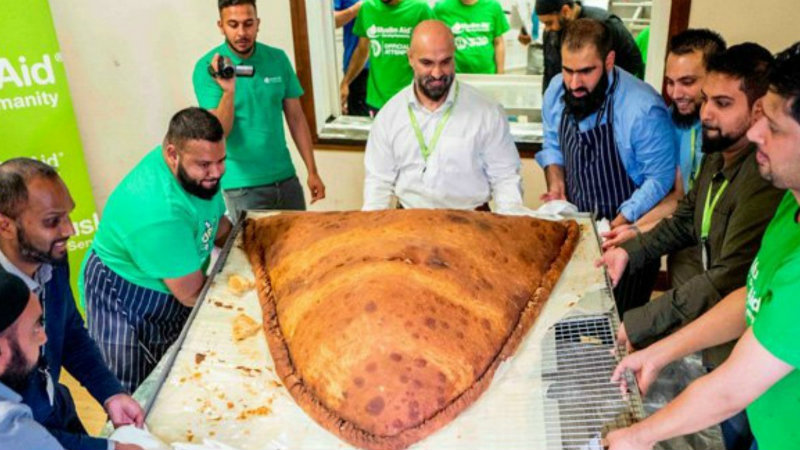 The samosa was built on a giant wire mesh, then winched into a vat of cooking oil before being hauled out to be weighed at an East London Mosque.

MADINAH, KSA - A group of eight British Muslims has just completed a 3,200-km journey by travelling through nine ...

Adjudicators from Guinness World Records were on hand to oversee the process and certify that the mega-samosa passed the required tests.

The previous record of 110.8kg was set by Bradford College in northern England in June 2012. 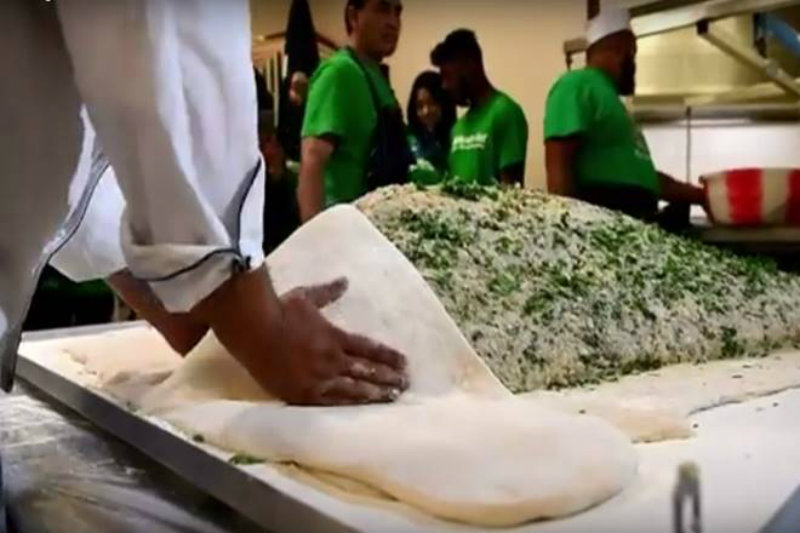 The samosa took around 15 hours of work and was dished up into hundreds of portions distributed to the local homeless via the Salvation Army.