Swimming at Karachi beaches banned ahead of Christmas 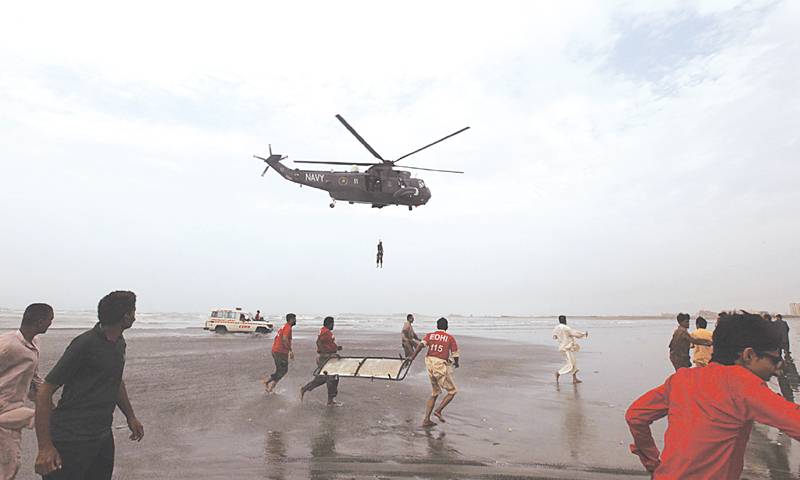 KARACHI - The government of Sindh on Friday imposed a ban on swimming and bathing at Karachi's beaches with effect from December 24, 2017 till February 2, 2018.

The ban was imposed under Section 144 (6) of the CrPC (Code of Criminal Procedure) and it will remain in force from the eve of Christmas until after New Year celebrations 'to prevent any untoward situation'.

A notification issued by the provincial government in this regard said there is "an apprehension of a loss of lives or mishaps because of gathering [of people] at different beaches or due to drowning".

Scores of Karachiites swarm different beaches of the metropolis especially on Eid, CHristmas and New Year.

In 2014, as many as 23 people drowned in rough seas off Karachi during the Eid holiday, at a time when the authorities had issued a warning against swimming during the monsoon season.