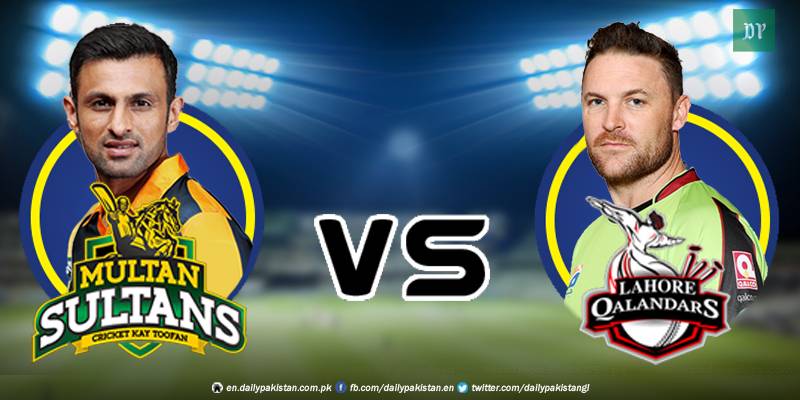 DUBAI - Multan Sultans won by 43 runs against Lahore Qalandars in the Punjab Derby held at the Dubai International Stadium on Friday.

Qalandars lost last seven wickets for four runs in 15 balls. From 132/3 in 14.5 to 146 all out 17.2 overs. Earlier, 63-run innings of Kumar Sangakkara complimented with a blistering knock of 48(28) runs by Shoaib Malik powered Multan Sultans to give the target of 180 runs to Lahore Qalandars.

Tahir bagged the Man of the Match award. "I was a little bit under pressure. I am very pleased with my performance, I don't play for myself, I play for my team. I am grateful to my captain for putting his trust," he said.

Imran Tahir is the Man of the Match for his sensational spell of bowling #HBLPSL #DilSeJaanLagaDe pic.twitter.com/61gHFsDIO6

Lahore Qalandars won the toss and elected to bowl first against Multan Sultans in the third match of the Pakistan Super League (PSL) 2018 here on Friday.

What a stunning turnaround!

Lahore Qalandars, having finished at the bottom in both seasons of the mega event, will be playing to add their name to the list of PSL 2018 champions this time around.

Partly cloudy but no chances of rain.