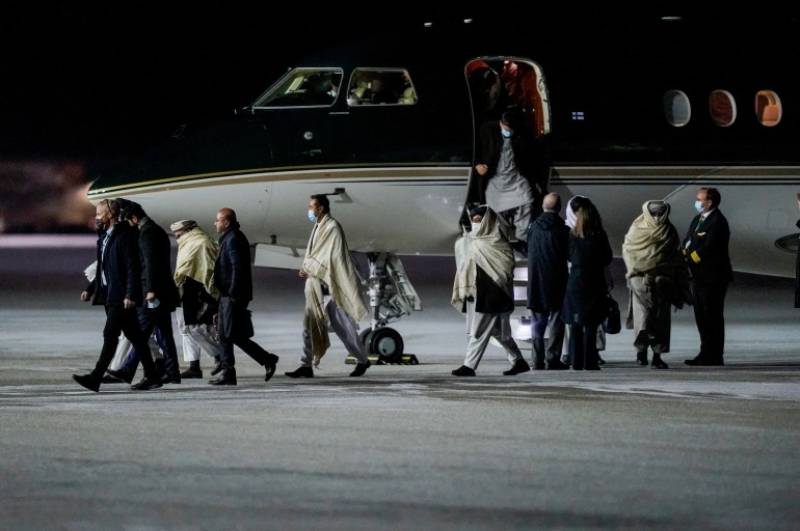 During the closed-door three days of meetings starting on Sunday in the Norwegian capital, Taliban representatives will meet women’s rights activists and human rights defenders from Afghanistan and from the Afghan diaspora.

According to Al Jazeera, the delegation will be pushed on promises to uphold human rights in return for access to billions of dollars in frozen humanitarian aid.

“The leverage the West has on the Taliban is nearly $10bn of Afghan money that is held predominantly in the United States,” says the Al Jazeera report.

“Amir Khan Muttaqi is going to be trying to get some of that money back to pay civil servants’ salaries and to make sure that there is enough food in the country because the humanitarian situation has been getting quite desperate,” the report said.

“The other aspect of this obviously is the promises that the Taliban has made when it came to power on women’s rights, girls education, civil liberties, and that is something the Taliban has yet to deliver,” it added.

Obaidullah Baheer, a lecturer at the American University of Afghanistan, said from the Afghan capital Kabul that just getting the Taliban to sit down and talk is progress.

“The reality is that the Taliban is new to the governance and there is an opportunity to mould them into something better,” he said.

“I know they have been rigid in some aspects, but with the right amount of international pressure and the right kind of activism within Afghanistan, the Taliban can be pushed towards specific actions.”

In their first visit to Europe since returning to power in August, the Taliban will meet Norwegian officials as well as representatives of the US, France, the UK, Germany, Italy and the European Union.

“In Norway, we have a meeting with the US and also with the European Union on matters of mutual interest. And one part of our meetings would be with our Afghan diaspora who are outside the country, especially in Europe,” said Zabihullah Mujahid, the Taliban spokesman.

“Their ideas, consultations and plans will be heard. This means that meetings for mutual understanding will continue between Afghans.”

Speaking from Turkey’s Istanbul, Mariam Atahi, an Afghan journalist and women’s rights activist, urged the Taliban to release three women she said had been abducted by the group while protesting for their right to education.

The Afghan group were toppled in a US-led invasion in 2001 but stormed back to power in August as international troops began their final withdrawal.

No country has yet recognised the Taliban government, and Norwegian Foreign Minister Anniken Huitfeldt stressed that the talks would “not represent a legitimisation or recognition of the Taliban”.

“But we must talk to the de facto authorities in the country. We cannot allow the political situation to lead to an even worse humanitarian disaster,” Huitfeldt said.

The humanitarian situation in Afghanistan has deteriorated drastically since August.

International aid, which financed about 80 percent of the Afghan budget, came to a sudden halt and the US has frozen $9.5bn in assets belonging to the Afghan central bank.

Unemployment has skyrocketed and civil servants’ salaries have not been paid for months in a country, already ravaged by several severe droughts.

Hunger now threatens 23 million Afghans, or 55 percent of the population, according to the United Nations, which says it needs $4.4bn from donor countries this year to address the humanitarian crisis.

“It would be a mistake to submit the people of Afghanistan to a collective punishment just because the de facto authorities are not behaving properly”, UN Secretary-General Antonio Guterres reiterated on Friday.