"I am German and I hate foreigners," shouted mysterious Munich mall shooter during the carnage 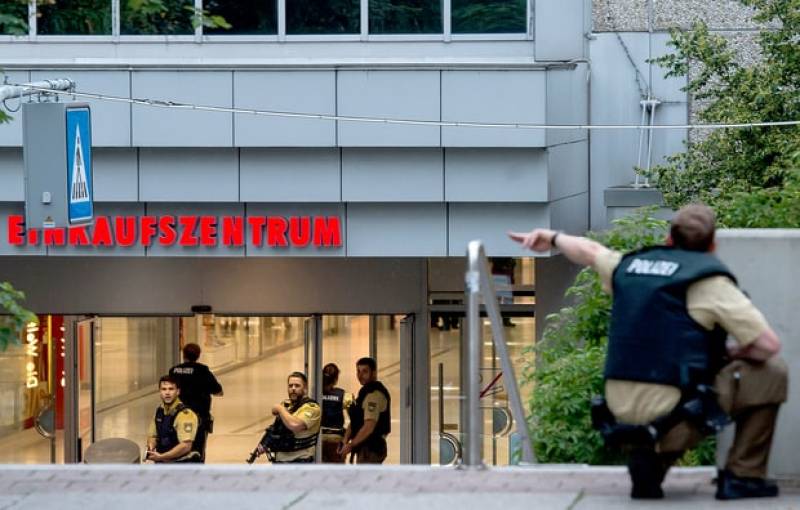 MUNICH - An 18-year old youth on Friday opened fire on bystanders in a crowded shopping mall in Germany, killing at least 9 and injuring a further 16, according to Munich police. Little is known about the motivations and affiliations of the mysterious young attacker, who appears to have acted alone and killed himself after spreading the carnage, aside from the fact that he shouted, "I am German and I hate foreigners," during the attack.

According to police chief Hubertus Andrae, the gunman started shooting at a McDonald's across from the Olympia mall around 5:50 p.m. (11:50 a.m. ET).

A witness, Lauretta, told CNN that her son was in the bathroom while the shooter was at the restaurant.
"That's where he loaded his weapon," she said. "I hear like an alarm and boom, boom, boom ... and he's still killing the children. The children were sitting to eat. They can't run."
Lauretta said she heard the gunman say, "Allahu Akbar," or "God is great" in Arabic. "I know this because I'm Muslim. I hear this and I only cry."
Huseyin Bayri, a witness of the shooting, said he heard the attacker screaming out that he will kill "foreigners."
After arriving on scene, Police initially searched for multiple attackers, thinking there might be three. However, based on surveillance video and witness statements, police concluded there was only one gunman, the one found dead on a side-street from a self-inflicted gunshot wound.
The unidentified attacker was an 18-year-old German-Iranian who had lived in Munich for at least two years. The man was not known to police and his motives are still unclear, authorities said. No group has claimed responsibility for the attack yet.
The assailant had arrived as an unaccompanied minor in Germany in June 2015 and had been staying with a foster family in the region of the attack for the last two weeks.
Interior Minister Thomas de Maiziere said the teenager was believed to be a “lone wolf” attacker who appeared to have been “inspired” by the Islamic State group but was not a member of the jihadist network.

The carnage came on the fifth anniversary of right-wing fanatic Anders Behring Breivik’s massacre in Norway that killed 77 people.

The shooting also comes on the back of recent terrorist attacks that have put Europe on high alert. This week, a teenager who said he was inspired by ISIS stabbed passengers on a German train before police shot him dead. Eight days earlier, 84 people were killed when a man drove a large truck through a crowd celebrating Bastille Day in Nice, France.