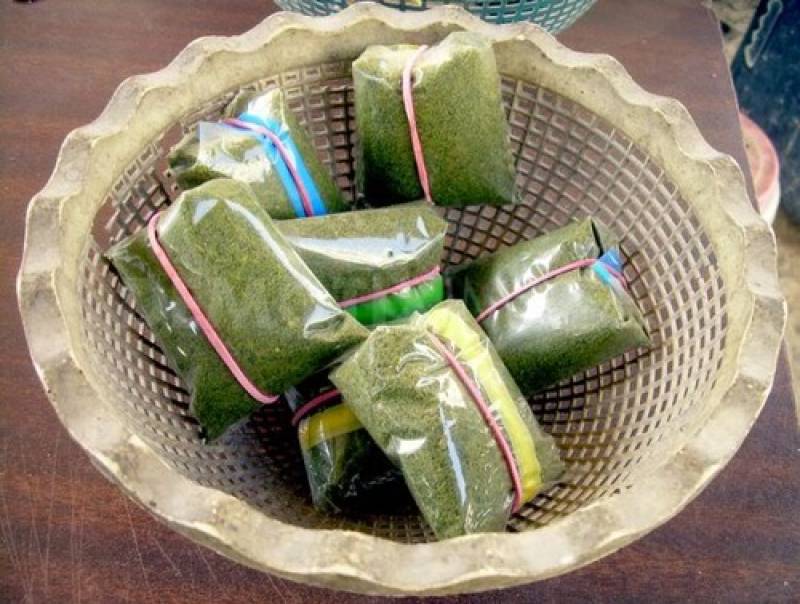 PESHAWAR - Social activists and doctors have urged the Pakistan Tehreek-e-Insaf led Khyber Pukhtunkhwa government to ban the spitting of Naswar - a local drug made from Sun and heat-dried tobacco leaves - at public places owing to health threats posed by the apparently safe drug.

The demand came after a spike was observed in the spitting of naswar, smokeless tobacco powder used by the residents of the Peshawar city in particular.

Doctors and social activists on different forums felt that although laws hindering smokers from smoking in public spaces exist in Pakistan, there was also a need for separate legislation to ban spitting and littering of naswar in public.

Muhammad Rafiq, a social worker of Motivate Youth Organisation, told a local newspaper “Naswar consumption is increasing in the province but the government has not included the issue in their priority list.” He maintained that international organisations like United Nations Office on Drug Control and Crime should include use of smokeless tobacco in Pakistan in its list of illicit substances.

The crew advocating the ban expressed that India had disallowed spitting pan, gutka and other smokeless forms of tobacco in public spaces in 2015. It also introduced a fine of Rs. 1,000 or a jail term of three months for those who violate the rule. Pakistan should also devise laws accordingly, the activists felt.