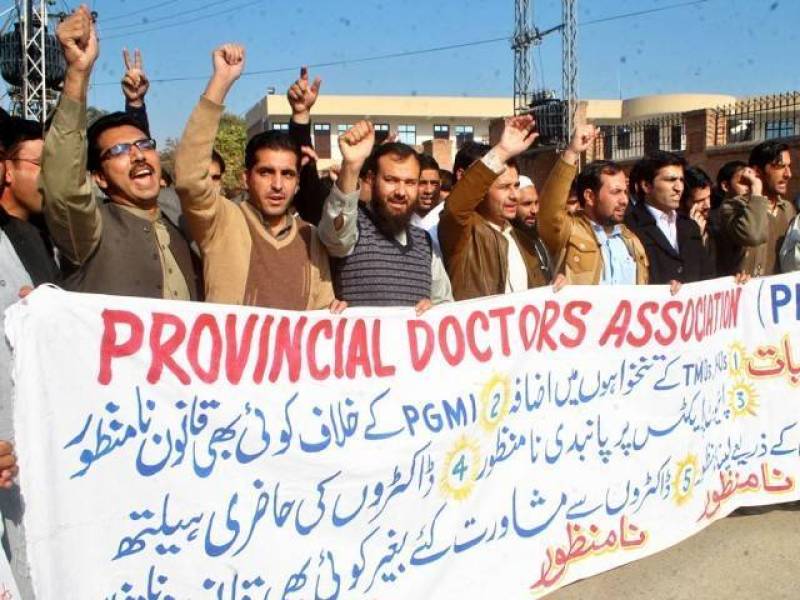 PESHAWAR - The Ministry of Health's recent selection of 1066 doctors as medical officers, of which 219 graduated from places abroad like Afghanistan, China, Latin America and Russia, has driven a wedge between local and foreign-trained doctors in the country.

The candidates were selected for the jobs after the Pakistan Medical and Dental Council (PMDC) registered the candidates and recognised their degrees, allowing them to practise and apply for the jobs whenever advertised.

The selection, according to health officials, has irked students with local degrees, who say their parents have invested a huge amount of money in their studies.

"If I had the authority to register doctors, I would have preferred those who have studied in Pakistan as a doctorate in medicine (MD) cannot be compared to the degrees we issue here,” a senior health official, who is also a doctor, told The Express Tribune.

According to government records, 57 of the selected foreign graduates obtained their MD degrees from China, 49 from Russia, 12 from Afghanistan, six from Latin America, two from Ukraine and one each from Romania, Georgia and Cuba.

Some officials, speaking on the condition of anonymity, have questioned the credentials of these foreign-trained MDs, who "cannot compare [with] even a third division graduate of the Khyber Medical College."

However, Deputy Secretary Health Motasim admitted to The Express Tribune that while the matter was indeed a controversy, the department had to follow rules since the MDs had recognized degrees. Going against these rules could lead to a legal battle, he said.