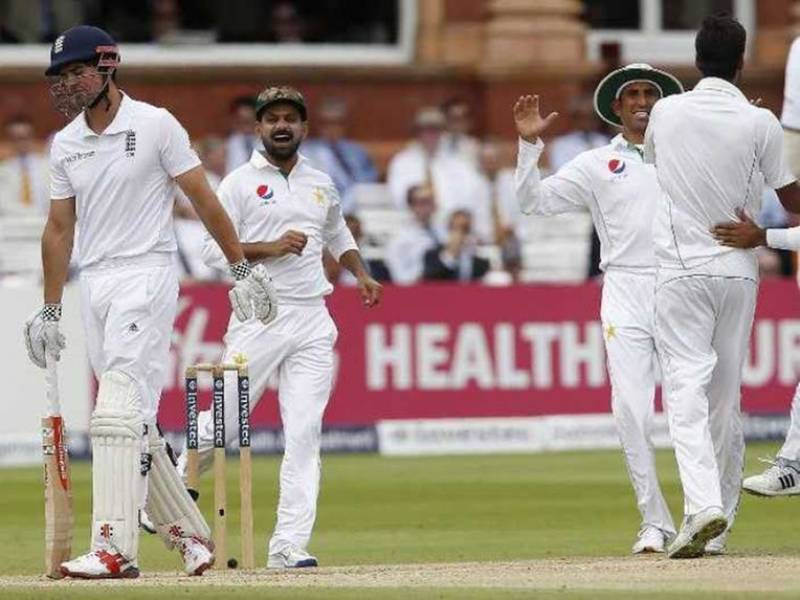 MANCHESTER - Pakistan crumbled to four for 57 on Saturday at Stumps on day two of the second Test.

Opener Shan Masood remained unbeaten for 35 at the end of the day's play with Pakistan skipper holding the other end on one.

Earlier, England declared on 589 for 8 after Joe Root registered his maiden 250-plus score in his 44-Test match long career.

He became the sixth batsman in 132 years to score a Test double century at Old Trafford.

Pakistan needs another 332 runs to avoid the follow-on.

England were 314 for four, after winning the toss, at stumps on the first day of the second match on Friday.

Joe Root with 141 is still at the crease. Alastair Cook made 105 and shared a second-wicket stand of 185 with Root.

Mohammad Amir and Rahat Ali took two wickets each. But star leg-spinner Yasir Shah bowled 31 wicketless overs on his way to a return of none for 111.

Pakistan lead the four-match series 1-0 after their 75-run win in the first Test at Lord's last week.