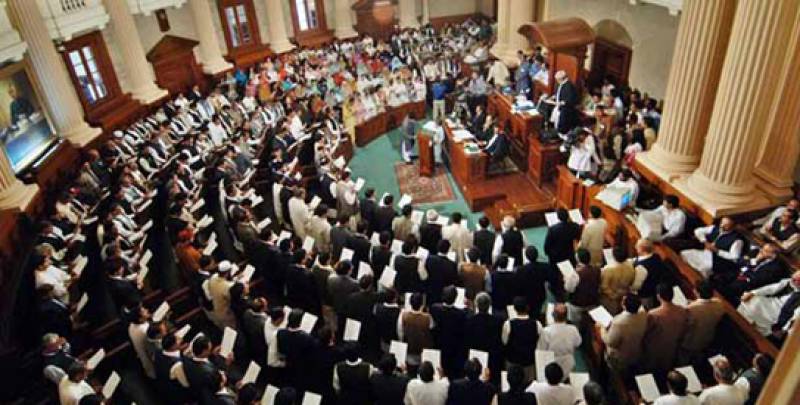 Participating in the budget debate, PML-N MPA Irfan Doultana said that the government was implementing landmark policies, whereas the PTI was hatching conspiracies against democracy.

In response, PTI MPAs protested on floor of the House for two minutes, demanding the PML-N lawmaker to tender an apology for his comments.

Separately, a PPP lawmaker also staged a 16-minute walkout after accusing the government for ignoring his constituency in the 2016-17 budget.