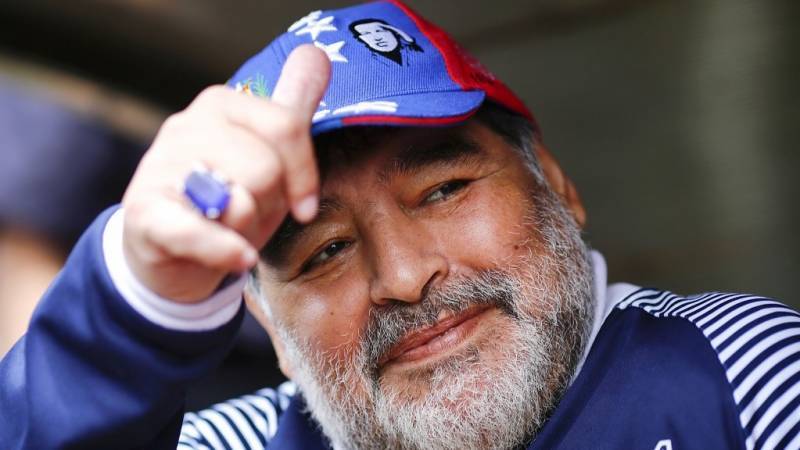 BUENOS AIRES – A court in Argentina has ordered a homicide trial against eight medical officials for their alleged criminal neglect that caused death of football legend Diego Maradona.

Regarded by many as the greatest footballer of all time, the 60-year-old died in November 2020 while recovering "without complications" from successful brain surgery for a blood clot.

The soccer great died of cardio-respiratory arrest around two weeks after he was shifted to his rented house in Buenos Aires neighborhood from hospital.

In its Wednesday’s ruling, the court remarked that the accused persons had failed to take actions that could have saved the life of Maradona.

It has not fixed a date for the trial.

The homicide trial against Maradona’s personal doctor Leopoldo Luque and seven others has been ordered in light of a probe conducted by a 20-member team of medical experts.

The panel found that an adequate treatment could have prevented the death of the footballer. It also founder that the renowned player was abandoned by his caregivers and negligence led to his death.

On the basis of the report, prosecutors had asked the court to being a homicide trial against the eight medical personnel.

Prosecutors have also accused the caregivers of being “the protagonists of an unprecedented, totally deficient and reckless hospitalization at home.”

The eight medical personnel may face sentences ranging from eight to 25 years in jail.

Meanwhile, all of them have denied the allegations.

BUENOS AIRES – Former Argentine footballer Diego Maradona has passed away at the age of 60, it was reported on ...