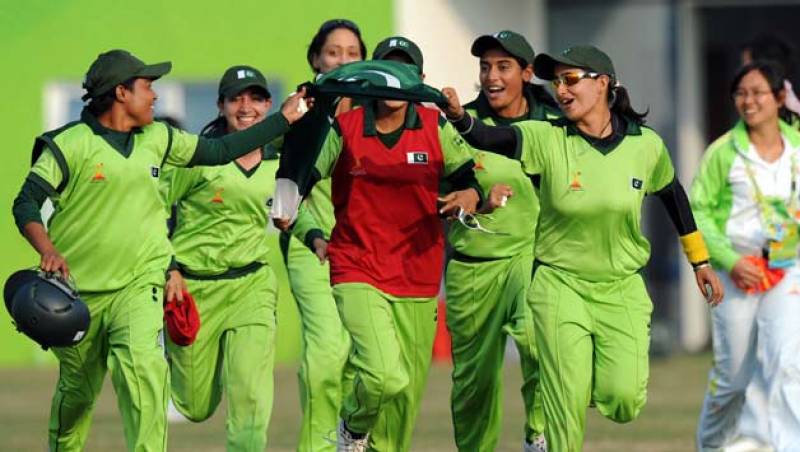 DUBAI - The International Crickets Council (ICC) has awarded full points to Pakistan women for the three-match series against India women that was not played in October.

scheduled to be played at the end of October. This means both India and Pakistan will have to qualify for the 2017 Women's World Cup, with both teams falling into the bottom four of the championship's points table.

The technical committee felt the BCCI had not been able to establish "acceptable reasons" for not participating in the series, awarding two points to Pakistan for each of the forfeited ODIs.

Pakistan was due to host India for this series, and the PCB said it was open to holding the series in the UAE. But cricketing ties between India and Pakistan are currently stalled, given the political tensions between the neighbours.

The BCCI had not responded to the PCB's queries on the series since May with either a confirmation or rejection and in mid-October, a BCCI official said it was up to the Indian government to decide on whether the series would go ahead.

Eight teams are part of the ICC Women's Championship; the top four gain automatic entry into the 2017 Women's World Cup in England. The bottom four will have to qualify via a ten-team qualification tournament in Colombo in February 2017. A series win against Pakistan would have helped India earn a direct entry to the tournament.

"The Technical Committee has ruled that Pakistan will be awarded two points for each of the three games and, in accordance with the ICC Women's Championship playing conditions, India shall be considered to have scored zero runs in each of the 50 overs in each of the three matches and that its net run rate shall be adjusted accordingly," an ICC release said.

That meant West Indies, who weren't assured of a direct entry after being whitewashed by India in the recently-concluded ODI series, will join Australia, England and New Zealand as the automatic qualifiers for the World Cup.

Even with the six points, Pakistan finish seventh. They and India will be joined by South Africa, Sri Lanka, Bangladesh, Ireland, Papua New Guinea, Scotland, Thailand and Zimbabwe in the qualifying tournament.

India and Pakistan, who last played each other at the Women's World T20 earlier this year, are scheduled to play the Asia Cup in Thailand between November 25 and December 5.