Pakistani businessmen to get two-year multiple visa to Saudi Arabia 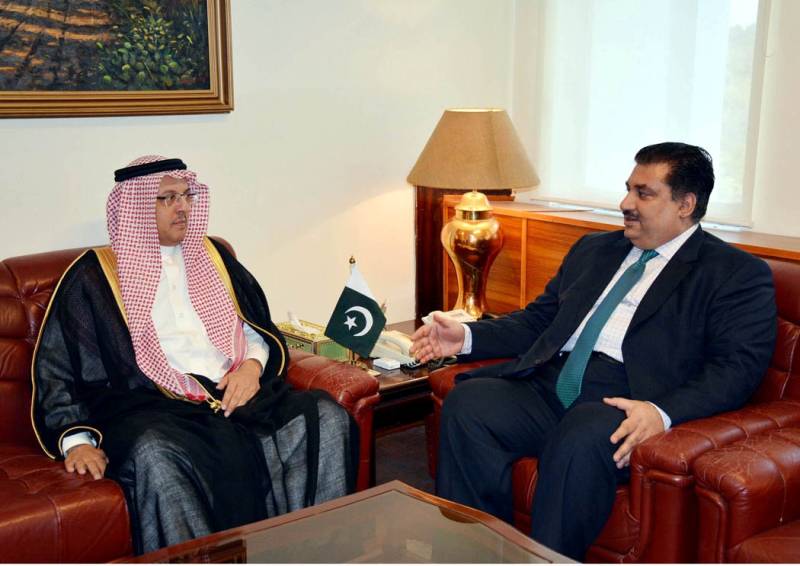 ISLAMABAD - Saudi Arabia will grant a two-year multiple visa to Pakistani businessmen recommended by the Federation of Pakistan Chambers of Commerce and Industry (FPCCI), it has been learnt.

This was decided at a meeting between Saudi Ambassador to Pakistan Abdullah Marzouk Al-Zahrani and President of the FPCCI Abdul Rauf Alam. Leaders of the business community of twin cities were also present on the occasion.

During the meeting, the President FPCCI drew attention of the Saudi envoy towards various problems faced by the Pakistani business community while visiting Saudi Arabia which were well taken.

The Saudi Ambassador said, his country highly values its relations with brotherly Islamic country of Pakistan. “We want to enhance cooperation with Pakistan in various fields including trade, commerce and culture,” he added.

He said, “We are moving Saudi Arabia's economy beyond oil which is also a great opportunity for Pakistani investors.”

Saudi Arabia is injecting new dynamism into its economy through a productivity and investment led transformation that will help ensure future growth, employment, and prosperity, the envoy said.

The sectors in which Pakistanis can invest include agriculture, honey and beverages, processed food, oil, gas, petrochemicals, power including solar and other renewable energy, water and wastewater, financial and professional services, he said.

He said, Pakistani investors will be given all the facilities in the kingdom to establish their businesses.

The FPCCI president said, from 2003 to 2013 Saudi Arabia saw rising prosperity, household income rose by 75 per cent, 1.7 million jobs were created, GDP doubled and reserves amounted to almost 100 per cent of GDP but now it no longer can rely on oil revenue.

He said, although parts of the Middle East have seen political turmoil since few years, Saudi Arabia has remained stable and investors still view it as an attractive place to do business.

The Saudi Riyal is one of the world's most stable currencies and there have been no significant changes in its exchange value during the last three decades therefore businessmen can invest there without any fear, he added.