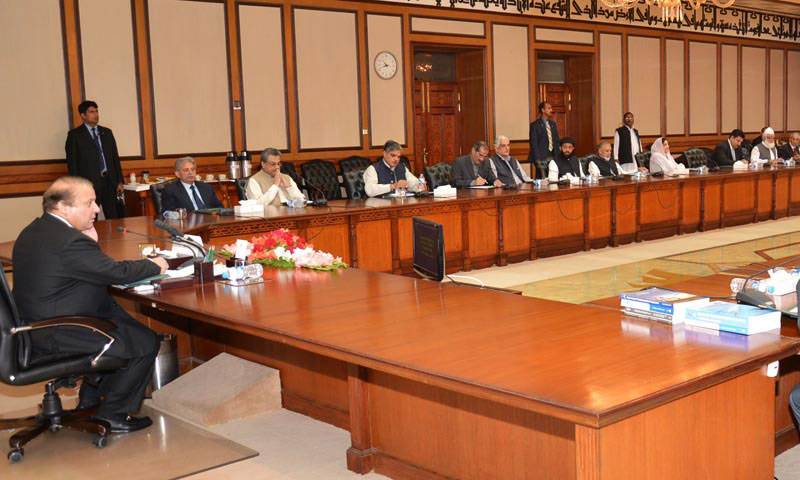 ISLAMABAD - Prime Minister Nawaz Sharif has summoned a meeting of the federal cabinet for today (Wednesday) to discuss key issues including the appointment of a new army chief.

The cabinet would also deliberate over issues related to Indian violations at Line of Control (LoC) and repatriation of Afghan immigrants would also be taken under discussion. According to sources, a 16 point agenda would be discussed during the cabinet meeting.

The meeting is expected to approve a visa policy for Afghan immigrants as well besides approving amendments in Public Procurement Rules 2004.

PM Nawaz will inspect progress in economical development while ongoing political and security situation of the country would also be reviewed.

The attendees would exchange views regarding participation of Pakistan in Heart of Asia Conference to be held in India although Sartaj Aziz had already hinted at visiting India for the said purpose.