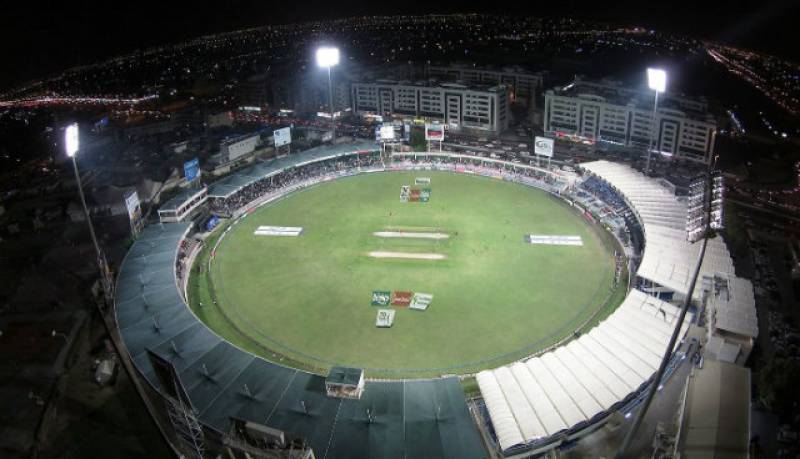 SHARJAH - The Sharjah Cricket Stadium has achieved a unique world record for hosting the maximum One-Day international matches in the world.

Last week, the Guinness Book of World Records issued a certificate to Sharjah Cricket Stadium officials announcing the inclusion of this venue in the new edition of the book. 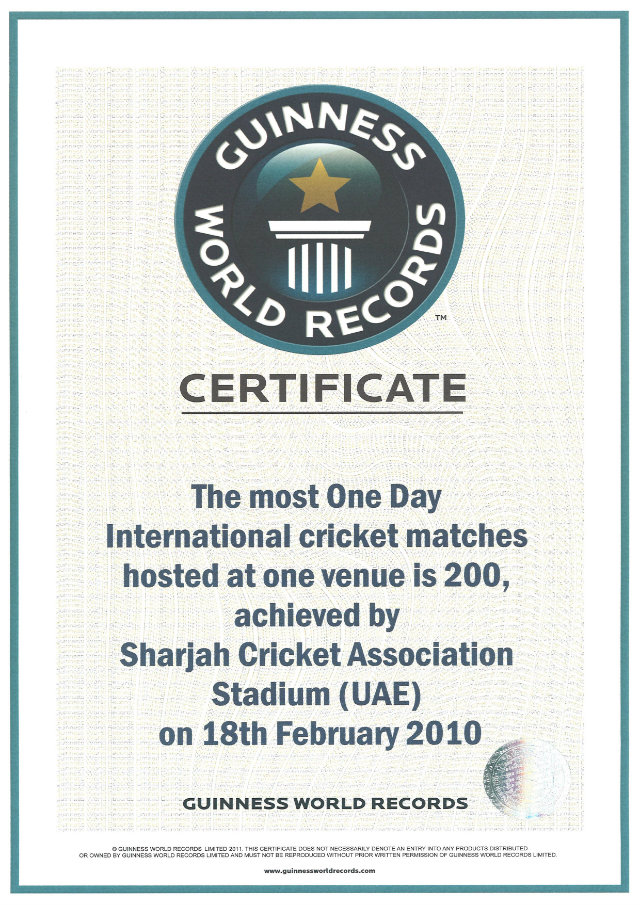 On Monday, Sharjah hosted its 228th one-day international match, played between Pakistan and Sri Lanka, since its inception in 1982. 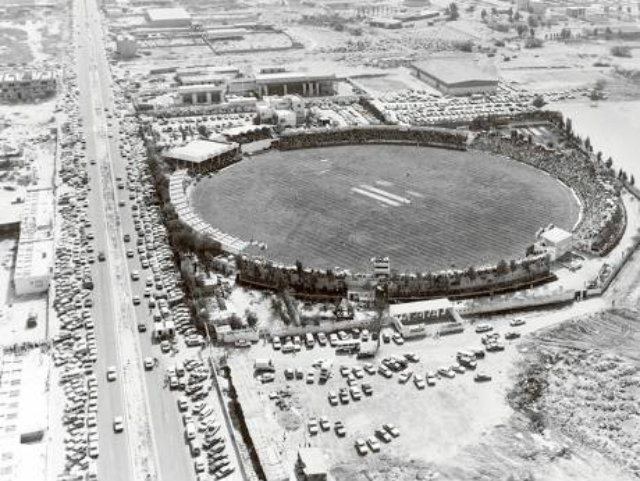 Commenting on the honour, Abdul Rehman Bukhatir, the cricket enthusiast who brought international cricket into the desert by building the Sharjah Cricket Stadium, said: “It truly is a great honor to be a part of the Guinness World Record files. It means a lot to us and we will keep doing our best to continue to add to the number over the time. The Guinness recognition is recognition for all those who contributed immensely to successfully staging matches. It’s an honor for the UAE and especially for fans, who are our biggest supporters. We look forward to their enthusiastic response.”

Waleed Bukhatir, vice chairman of the Sharjah Cricket Club who is currently busy with the renovation of the stadium, said: “It was not easy to achieve such a huge recognition. Sharjah Stadium has moved one step ahead of anyone in the world. This venue which has many records to its credit hence deserves this honour and I am sure with cricket being revived in this venue many more records too will follow soon.”

Also, Sharjah Cricket Stadium is one of the few Test Cricket Grounds at which a Test match has been played not involving a home country participant (and the only one in a non-Test playing country).