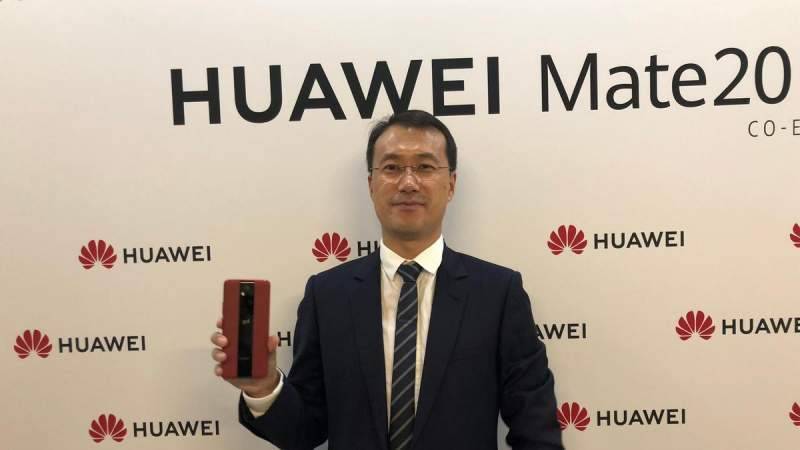 LONDON – Chinese smartphone manufacturer Huawei has recently launched its flagship Mate 20 series with a commitment to provide better services to the tech-savvy consumers.

In a media interaction with newsmen in London, Kevin Ho, president of the handset product line at Huawei consumer business group, highlighted that the smartphones of the company were being welcomed by the consumers which was welcoming, prompting the firm to work hard.

Huawei has a fast business growth in Pakistan in the Asian region and the company is getting a good response from Malaysia, Thailand and Sri Lanka as well, said Ho.

“How we can get consumer satisfaction is the most important thing for us,” said the official.

On a query regarding the competitors the company is facing, the official underscored that he was not looking forward to competing with peers; instead, consumer satisfaction is the benchmark.

Moreover, regarding the title of world’s second largest smartphone manufacturer achieved by the Huawei, the company’s representative said, 'The most important thing for us that our technology and smartphones are welcomed by customers and we don’t believe in numbers.'

Over the question of upgraded AI technology used in Mate 20 series, Ho said that the company has improved the AI feature in Mate 20 series by using the latest chipset Kirin 980 that works perfectly and enhance the AI experience for users.

When asked about what is the secret behind Huawei’s success, Kevin Ho highlighted that the company invests 10% of its annual revenues in R&D to develop the best technology to meet the consumers’ demand to ultimately provide them smartphones with the best performance, long-lasting battery life, and the best cameras.

When asked about the marketing strategy in countries where Korean and US tech companies are dominating, he explained that, other than smartphones, Huawei is already working with many European telecommunication companies for 20 years and is the largest manufacturer for the telecommunication equipment.

For smartphone business, we believe that we are little far behind but with the launch of the new Mate 20 series we are hoping to dominate, claimed the official.

Regarding the newly launched Mate 20 series, the top official said that the Huawei had customized Mate 20 series to be the best ‘mate’ of consumers, accompanying and empowering them to enjoy a rich, more fulfilled life with their higher intelligence, unparalleled battery life, and amazing camera performance.