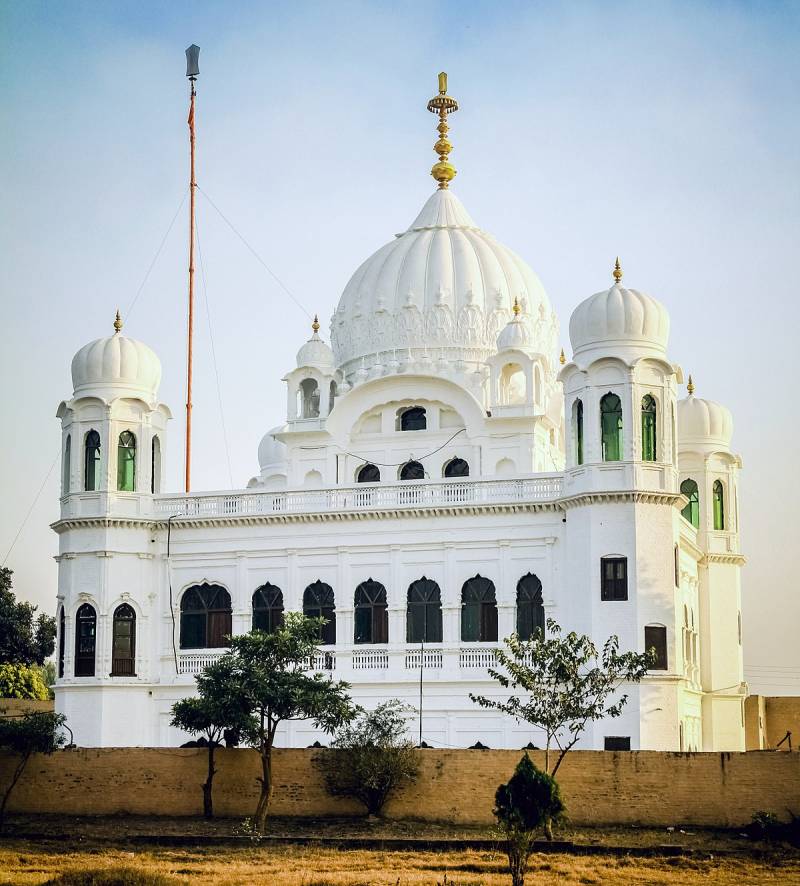 ISLAMABAD – Pakistan and India are set to sign the draft agreement on Kartarpur Corridor on October 24 (Thursday) including finalization of modalities regarding the service fee of $20 per pilgrim, the Foreign Office confirmed on Wednesday.

Foreign Office spokesman Dr Muhammad Faisal in a weekly press briefing said both sides would ink the document at Zero Point near the site of Kartarpur corridor for its formal operationalisation on November 9 to mark the 550th birth anniversary of Sikh spiritual leader Baba Guru Nanak.

The signing is taking place after India conformed to Pakistan’s firm stance of levying the $20 service fee for each visitor of Kartarpur. As many as 5,000 pilgrims daily will be allowed to visit the holy site of Kartarpur Sahib Gurdwara, located at 4.5 kms from the border with India.

The spokesman said clause-by-clause details of the agreement would be later shared with media.

Dr Faisal said Pakistan would participate in the four-party meeting of China, Russia and the United States on Afghan peace process to be held in Russian capital Moscow.

He said Pakistan had been part of all efforts and processes so far to discuss and facilitate peace and reconciliation efforts in Afghanistan.

“Pakistan’s role is particularly noteworthy in crystalizing international convergence for a peaceful resolution in Afghanistan,” he said.

He said Pakistan would continue its efforts of “wholehearted support as it’s part of shared responsibility for making the international pace efforts successful in Afghanistan”.

Asked about Pakistan’s role in the intra-Afghan dialogue being held in China as claimed by a Taliban spokesman, he said he did not have update on the matter.

The FO spokesman said Pakistan regarded the issue of Hong Kong as China’s internal matter and supported the ‘One China policy’.

On Kashmir issue, the spokesman said the in-humanitarian situation of continuous lockdown and communication blackout by Indian occupied forces had entered its 81st consecutive day, which needed attention of international community.

He said the diplomatic corps and members of foreign media during their visit to the Jura town in Azad Kashmir were given an opportunity to freely talk to the locals and inquire about the unprovoked firing by Indian forces at Line of Control (LoC) that killed civilians and injured many others including women and children.

He said Indian High Commissioner was requested to join the delegation and also share the coordinates of their claim of a 'surgical strike', however no response was made from their side so far.

MULTAN – Foreign Minister Shah Mehmood Qureshi has said that all arrangements have been finalised to open the ...

About the statement of Malaysian prime minister Dr Mahathir Mohammad for supporting the Kashmir cause despite a ban put by India on import of palm oil, he said Pakistan was proud to have a brotherly Muslim friend like Malaysia.

On Indian threat of diverting inflow of water towards Pakistan, he said under the Indus Water Treaty, to which the World Bank was a guarantor, India could not stop the water of three rivers.

If Pakistan’s right on the three rivers was questioned, he said the country had the right to take measures under the Treaty.