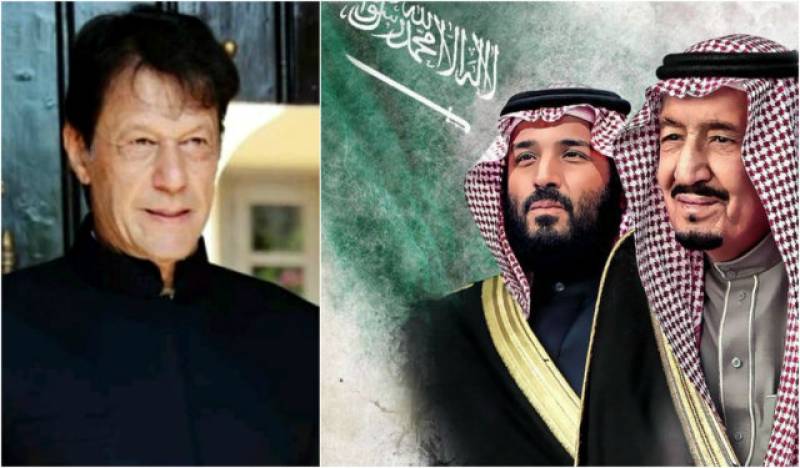 ISLAMABAD - Prime Minister Imran Khan has congratulated the people and leadership of the Kingdom of Saudi Arabia on the 88th National Day on behalf of the Pakistani nation and the government, the Radio Pakistan reported on Sunday.

He has lauded the progress and development in the Kingdom of Saudi Arabia, affirming that the Kingdom's stability represents a power for the Islamic Nation.

The Pakistani premier confirmed that the Kingdom of Saudi Arabia stands by his country in difficult circumstances throughout their mutual history, adding that the Pakistani government and people appreciate this stance.

In the message, the PM said development and progress, as well as stability in Saudi Arabia, is the heartfelt sentiment of every Pakistani.

PM Imran said the strength of Saudi Arabia is the strength of Islamic world. Referring to his recent visit to the Kingdom, he said it has started a new chapter in bilateral relations whose positive impacts will be felt across the region.

The National Day is celebrated in Saudi Arabia to commemorate the establishment of the Kingdom of Saudi Arabia by King Abdulaziz in 1932. It is a national holiday in KSA; this year, it has been extended for one day to include Monday (Sept 24).