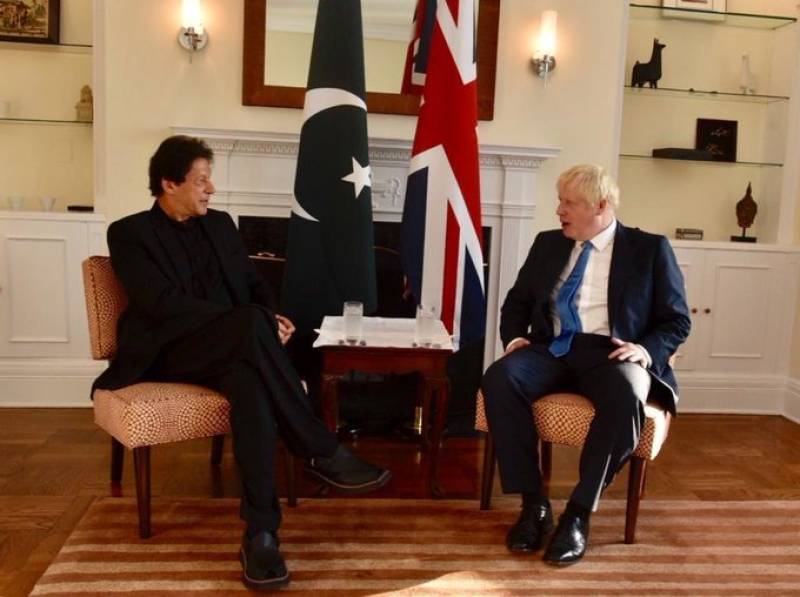 The meeting was held on the sidelines of 74th UN General Assembly Session, during which matters of bilateral interest came under discussion.

PM Khan is apprising all world leaders about the Kashmir issue and creating consensus on how the world can act to stop ethnic cleansing in Kashmir by Modi after Delhi's illegal move to scrap Article 370, which gives a special status to the occupied region of Jammu and Kashmir.

Later today, the Pakistani premier is to hold an important meeting with US President Donald Trump today during which the deteriorating situation of peace and human rights in the Indian-occupied Kashmir (IoK) is expected to come under discussion.

It will come a day after Trump attended a rally organised by Indian prime minister Narendra Modi amid massive anti-India protests in the city of Houston.

This would be second meeting between the two leaders since July when the US president offered to mediate on Kashmir dispute.

Trump also held telephone talks with the leaders of Pakistan and India in August amid the lockdown in the Indian held Kashmir.

The prime minister will also address the Council of Foreign Relations today. The premier is scheduled to speak at the United Nations Climate Action Summit 2019 in New York as well.