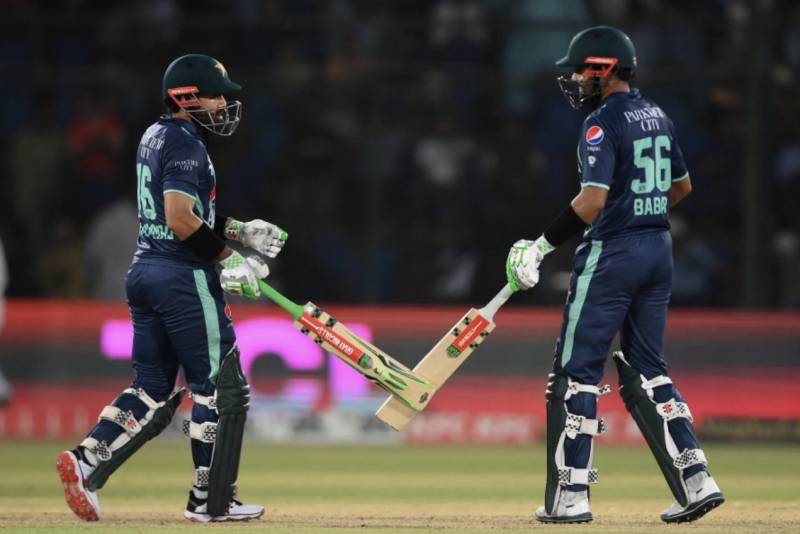 After impressive performance with bat, the visiting team’s bowling line also displayed stunning game as they restricted the Men in Green shirts to 158 in 20-over game.

After the opening order failed to build a strong total, Shan Masood played heroic inning of 66 runs off 40 balls but it could not help Pakistan to register its second victory.

The visiting team set a massive target of 222 runs for Pakistan as Ben Duckett (70) and Harry Brook (81) propelled England to build a huge total.

Shahnawaz Dahani gave most runs in his four-over stint as he could not maintain his performance in the game.

In second match, Babar Azam and Mohammad Rizwan’s unbeaten record partnership help Pakistan defeat England by 10 wickets as they chased down the 200 runs target in 19.3 overs.

Babar leads the record book with 30 T20I wins as captain out of 49 matches, however, earlier Sarfaraz held this record as Pakistan had won 29 matches out of 37 under his captaincy.

Babar Azam has also become the second fastest player to complete 8,000 runs in T20I cricket as the top position is held by Chris Gayle. Babar Azam achieved the feat in 218 innings while Gayle did in 213 innings.

KARACHI – Pakistan skipper Babar Azam made a stunning comeback after his unimpressive performance in Asia Cup as ...