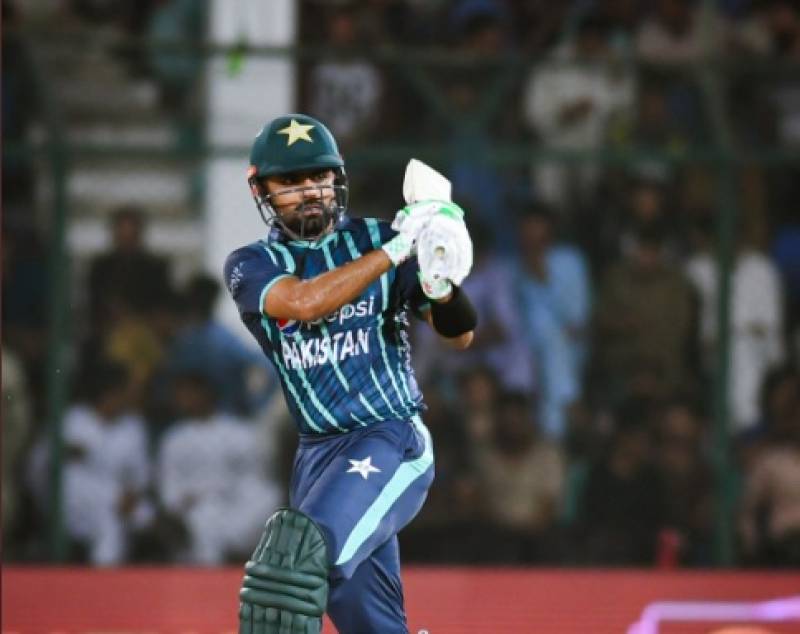 KARACHI – Pakistan skipper Babar Azam made a stunning comeback after his unimpressive performance in Asia Cup as he has set a new record of smashing centuries in T20I cricket.

While chasing a strong target of set runs set by England in second T201 match, Babar Azam hit a ton to become the only Pakistan player to make two centuries in the shortest format of the cricket.

He has also become the second fastest player to complete 8,000 runs in T20I cricket as the top position is held by Chris Gayle.

The skipper also holds the record of smashing most T20I matches in cricket history of Pakistan.

Babar Azam and Mohammad Rizwan’s unbeaten partnership help Pakistan defeat England by 10 wickets as they chased down the 200 runs target in 19.3 overs.

KARACHI – Pakistan registered a ten-wicket victory over England in most convincing fashion in second game of the ...