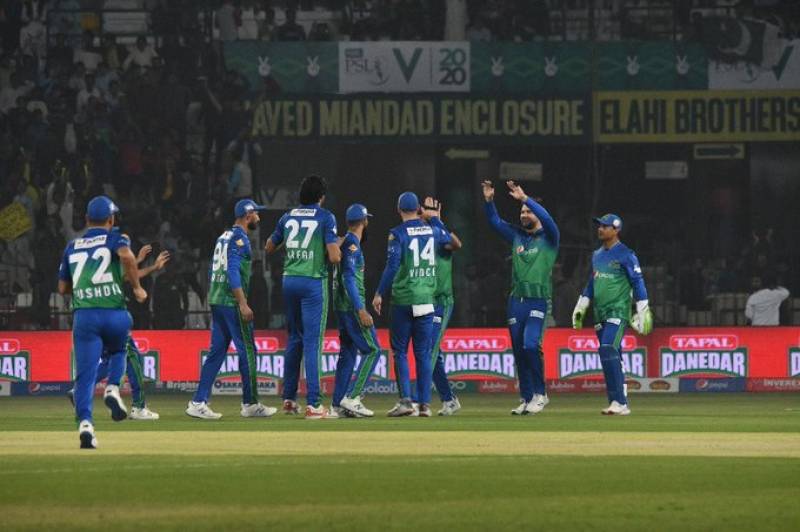 MULTAN – Multan Sultans' bowlers helped their team register a victory over Peshawar Zalmi by six wickets in the eighth match of Pakistan Super League's fifth edition in Multan on Wednesday.

Pacer Sohail Tanvir delivered a four-wicket haul to upset Zalmi batsmen in what was the first-ever match of the Pakistan Super League (PSL) at the Multan Cricket Stadium.

His fellow veteran left-armed Mohammad Irfan and the young Mohammad Ilyas, both of whom picked up two wickets each as Zalmi were bundled out for a paltry 123 — the lowest score of PSL 2020 so far.

Telling the world that Zalmis NEVER GIVE UP 💥