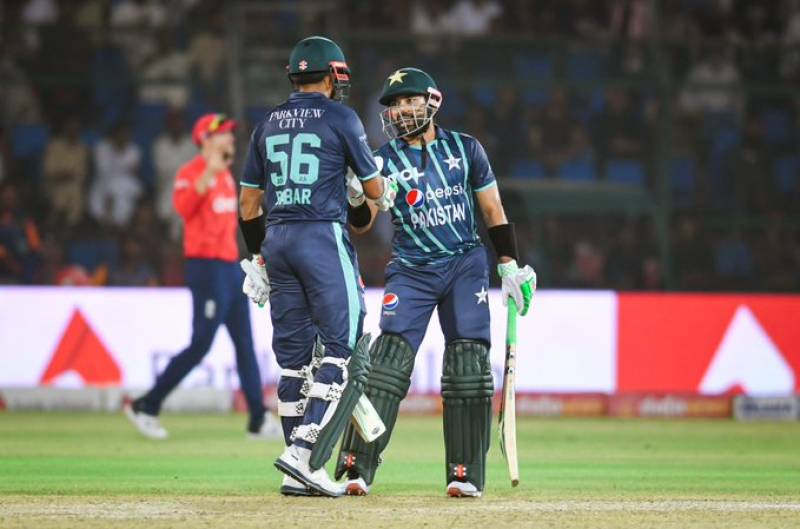 KARACHI – Pakistan registered a ten-wicket victory over England in most convincing fashion in second game of the seven-match T20I series at National Stadium on Thursday.

The visiting team set a mammoth target of 200 runs as the Pakistani bowling line could not restrict them from keeping the scoreboard ticking up despite taking the key wickets.

However, Pakistan displayed a stunning game as they complete the win with three spare balls.

Earlier, England won the toss and decided to bat first against Pakistan.

Phil Salt and Alex Hales – the opening pair – took a good start as they made 42 runs together before Shahnawaz Dahani broke up their partnership by dismissing Hales.

After Dawid Malan was sent for duck by Dahani, Ben Duckett brilliantly played and pushed score as he smashed 43 off 22 balls.

After he was dismissed by Mohammad Nawaz, Harry Brook and Moeen Ali displayed stunning skills with bat and helped team build a strong target of 200 runs for the host team.

Now the seven-match series is level by 1-1.