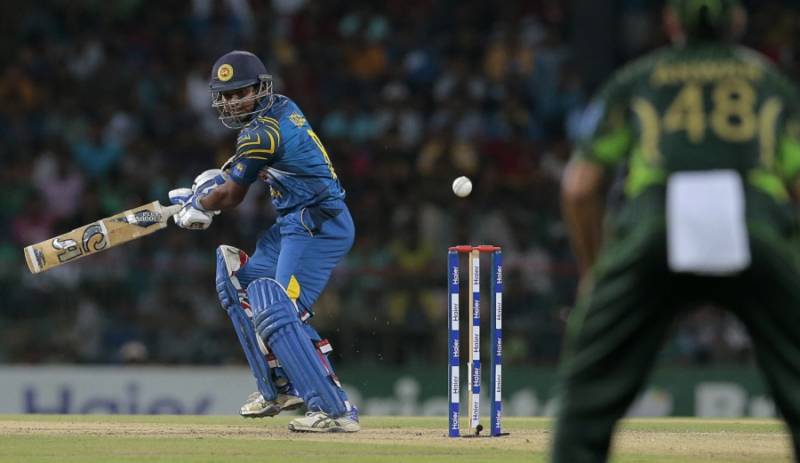 Sri Lanka's Kapugedera remained the most successful batsman who scored 48 runs off 25 balls with the help of 4 sixes and 2 fours. Jayasuriya also contributed 40 runs whereas Siriwardana raised 23 runs.

Earlier Sri Lankan captain Lasith Malinga, who chose to bat first after winning the toss, said the pitch was favorable for batting and we would try to build a high score target. We have a good chance to level the two matches series, he added.

Malinga said that Angelo Mathews was not included in the team due to wrist injury.

Pakistani skipper Shahid Afridi said that no changes have been made in the playing eleven. He maintained that Sarfraz Ahmad is vice captain of the team however he is would not be playing the match.

Pakistan had won first T20 match of the series when Sri Lanka failed to chase a 176 run target while batting second.