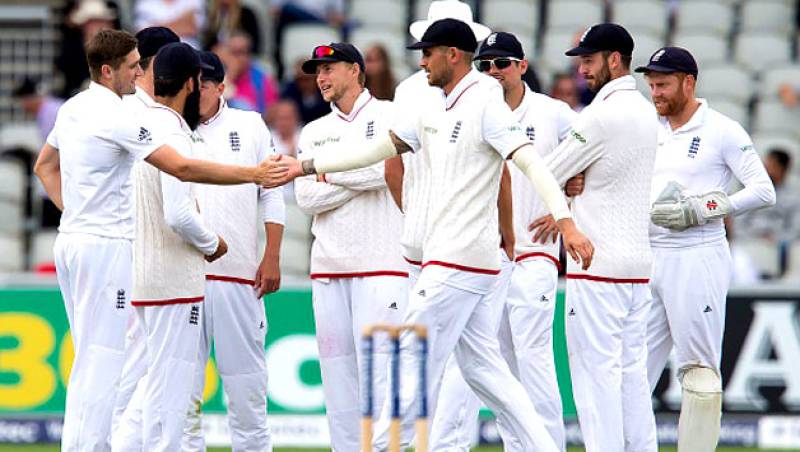 MANCHESTER - England beat Pakistan by 330 runs to win the second Test at Old Trafford on Monday.

Woakes sealed the deal with his third wicket of the day with a ball that was driven by Pakistan's star bowler Muhammad Amir upwards, right into the arms of Stuart Broad at mid-off.

Earlier, the Pakistani team was dismissed for 198 runs in reply to England’s mammoth 589/8 in the first innings. English skipper Cook decided to play the second innings instead of enforcing a follow-on and set a target of 500-plus runs for Pakistan to win.

Pakistan's skipper Misbah-ul-Haq was the lone batsmen playing with any kind of authority and fired 52 runs not out.

England lost the first Test match of the four-match Test series at Lord’s.

The 3rd Test will start at Birmingham on August 3.