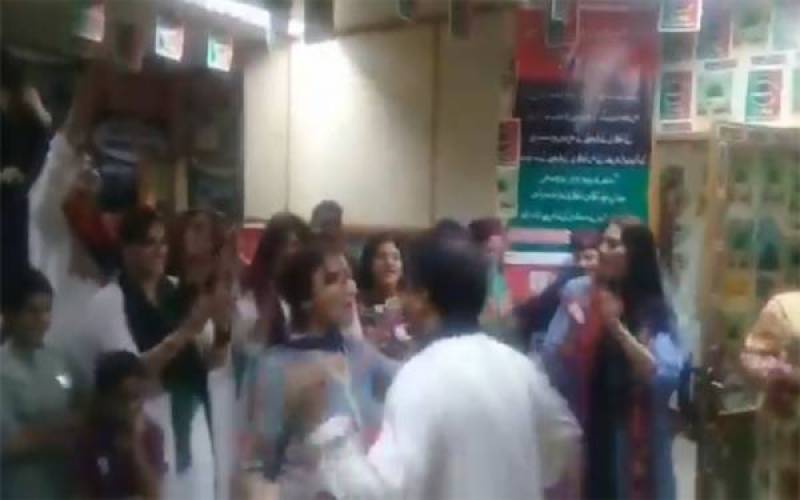 LAHORE - Pakistan International Airlines’ (PIA) air hostess, who went viral on social media with her interesting dance moves, has been offered a role in a Pakistani film.

As her video broke the internet, a Pakistani director, Masood Butt, gave an offer to Sadia for working as a heroine in his upcoming movie 'Paishi Gujran Di'.

The director said that he had approached the air hostess after getting impressed with her expressions and dance steps in the video.

As the result was announced, party supporters gathered in large numbers to celebrate their victory.

In Islamabad, a woman supporter, who is said to be an air hostess of the national flag carrier, and a steward took the stage to entertain the crowd with their dance to an Indian song "Laila".

In Lahore, the supporter celebrated the victory in the same way by dancing to Punjabi songs. The videos of the jubilant supporters' dance have turned out to be a social media sensation.