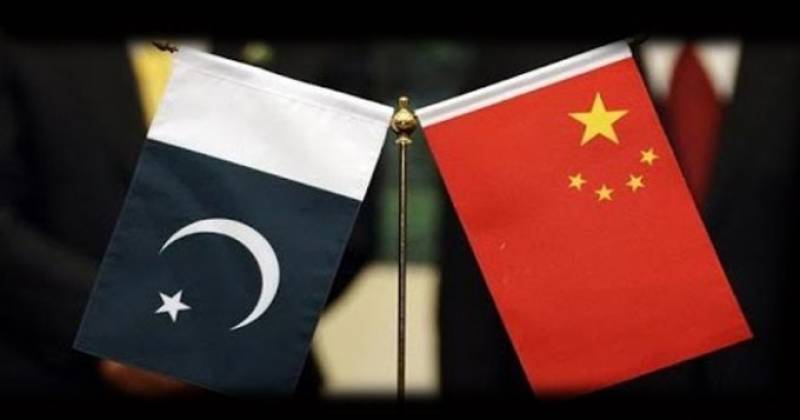 ISLAMABAD - A top-ranking Chinese official in Pakistan has informed that Pakistan has obtained favourable duty-free access on 313 Chinese products after China has accepted Pakistan's demand of the duty-free market access to fetch $500 million jump in exports at the initial stage with implementation on the second phase of China Pakistan Free Trade Agreement (CPFTA).

In a tweet, Lijian Zhao, who serves as China’s Deputy Chief of Mission of the Chinese Embassy in Islamabad, wrote that “Pakistan has obtained favourable duty free access on 313 products to fetch $500 million jump in exports at the initial stage with implementation on second phase of China Pakistan Free Trade Agreement.”

Both the neighbouring sides would sign Phase-II of Free Trade Agreement (FTA) on April 28, 2019, however, Pakistani authorities didn’t share exact estimates of the increase in quantity of import from China after implementation on CPFTA-II at a time when Pakistan’s trade deficit with China stood at $15 billion out of total trade gap of $32 billion.

Advisor to Prime Minister on Commerce and Textile Abdul Razak Dawood said that Pakistan would grant incentives to Chinese products on 60 percent tariff lines but it would be fully implemented in next 15 years.

While talking to media, Abdul Razzak Dawood and Chairman Board of Investment Haroon Sharif informed that the CPFTA-II will be backloaded instead of front-loaded. They said that from Pakistan can now use all safeguard measures to protect its industry in case of finding out Chinese imports hurting our businesses which were not available in phase one of CPFTA.

Dawood said that Pakistan would give access to Chinese on a few items as China's had demanded duty-free market access in return for allowing Pakistani products duty-free access. He further said that China has agreed to allow market access on the pattern of ASEAN countries.

He also informed that Prime Minister Imran Khan would attend Belt and Road Forum (BRF) on April 26, 27 and 28 till noon after which the trade and investment forum would be held to promote economic ties.

He said that around 130 Pakistani businessmen would be visiting China on their own expense to establish joint venture where about 500 Chinese companies are keen to participate into trade and investment forum scheduled to be held at Beijing on April 28 afternoon.

Pertaining to a question on what Pakistan would be offering in return under CPFTA-II, Dawood said that CPFTA-II would provide incentives similar to ASEAN countries but now it would be challenge for Pakistani side to compete with Vietnam in terms of quality and price to get its share, adding that there is yet to see how much benefits Pakistani exporters could grapple in months and years ahead as the doors to new opportunities have opened up.

When asked about kick-starting on the second phase of CPFTA, he said that the cabinet would grant approval today so the deal was done from our side. It is not yet known how much times the Chinese side will take to complete all procedural requirements, he added.

He said Pakistan has improved the safeguard measures to protect the interest of its industry as they were not part of phase one of CPFTA, adding that all stakeholders have been kept on board and even included a last-minute request from chemical sector to get incentives on their raw material.

He said that overall imports slashed down by $3.5 billion and the bulk of imports was coming from China so it reduced proportionally. He said that he got disappointed with the performance of exports in March 2019 but showed his confidence that it would pick up in coming months.

Chairman Board of Investment Haroon Sharif said that after 22 Chinese companies showed their interest for investment in Pakistan the concession agreement for establishment of Special Economic Zone (SEZ) at Rashakai was made, that there were around 100 companies from different parts of the world but there was a need to spare lands for potential investors along major cities of the country, he continued.