'We are in touch with acid attack victim in US,’ says FO 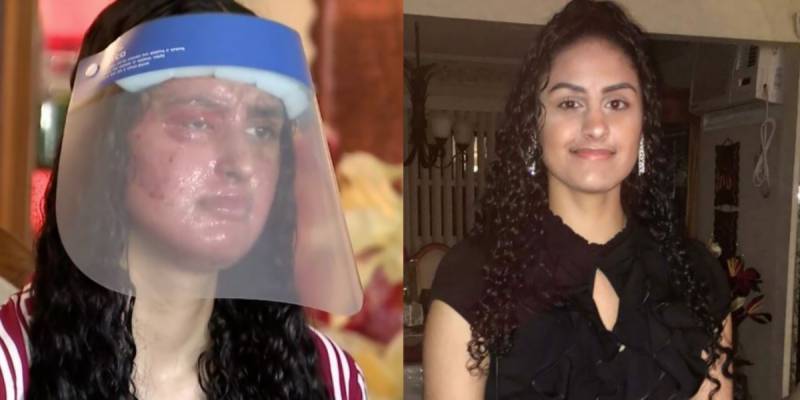 ISLAMABAD – The Foreign Office said on Saturday that it is in contact with the Pakistan-origin girl, who came under acid attack in the US last month.

It said that New York Police have formed a 12-member team to probe the matter.

A Pakistan-origin student was attacked with acid by an unknown suspect in New York, United States of America (USA), leaving her partially blinded and disfigured.

Nafiah Ikram, 21, who lives in Long Island with her parents, and her mother were getting out of their car outside their home on March 17 when the man came closer to her and threw caustic liquid at her and fled from the scene.

Police have confirmed the incident while the incident is being investigated as an anti-Muslim hate crime, which almost disfigured her face and also damaged her eyes.

The girl was immediately taken to the hospital by her mother timely.

Ikram Sheikh, the father of the victim, has rejected an impression that it was random attack and asserted that it was planned attack.

He argued that the attacker could have attacked her wife but he waited for her daughter to come out from the car.

Meanwhile, Police Commissioner Patrick Ryder has announced a cash reward on giving tip about the suspect.

“This attack was a vicious and heinous crime and I am personally requesting anyone with knowledge to come forward,” the police said.

In a recent interview, Nafiah Ikram explained the horrifying incident saying: “My whole life changed in a matter of five minutes.”

Nafiah, who is studying medicine Hofstra University, said that she just can see colours, adding: “I just want to know, like, what’s the reason?”

Her father said, “Nafiah is just starting to talk again, but still struggles to eat or drink because acid burned her throat.”